Knowing when to float your company: Has Virtus got it right? 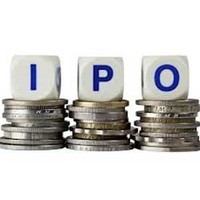 Has Virtus Health got the timing right on its $500 million float plans? The company, which provides in-vitro fertilisation services, is owned by Quadrant Private Equity, and is being readied for a listing after efforts to sell the company failed last year, according to a report in The Australian Financial Review.

A $500 million capital raising is quite a big number for the Australian market – the biggest float last year was $472 million for Shopping Centres Australia – and there are hopes that the deal signals the end of a long, lean period of public listings. In 2012, only 44 companies listed, according to BRW magazine. The numbers were not much better in 2011 (103 listings) or 2010 (94).

The reason? Deloitte partner, Steve Woosman, says: “Investor sentiment was low, and the ASX wasn’t trading particularly well. Those people selling their businesses onto public market couldn’t achieve pricing they felt was appropriate for their business.”

By December last year, the share market was up 10% overall, Woosman says, and the signs have been good at the start of this year, driving some optimism in the IPO market.

Ernst & Young partner, Graeme Browning, says there is pent up demand in the supply side of the market. “It has probably been five or more years since the stock market has been open for anything other than small exploration companies. There are lots of companies that would like to do it, from privately-owned companies, to spin-outs from existing public companies. And then private equity exit would be the other key channel.”

Woosman discusses the benefits and risks of listing with clients regularly. “It would be an individual scenario. A float gives you access to capital and to future capital, and there are perceived indirect benefits, such as suppliers and customers perceiving you as more stable because you are listed. On the other side of the coin, there are additional compliance costs, and additional scrutiny based on reporting twice a year.”

No appetite just yet

Browning says the signs are not yet there of an appetite among investors for IPOs. “What you need is investors being prepared to invest in higher-risk asset classes. It is one thing for them to decide it is time to buy a ‘big four’ bank share, but we need to see them move to the next stage and to higher growth, mid-sized companies where they have the potential for a higher return and therefore a higher – not high – risk.”

The strong run on the share market in January is a good sign, and the falling interest rate is another push in the right direction. “People looking around for asset classes other than cash, where they are almost getting no real return,” Browning says.

The final piece of the puzzle is proximity to a reporting season. Listed companies are starting to report their half-yearly financials, and investors will be looking for solid results to bolster their confidence. “Investors in IPOs will want to see results being solid – not spectacular – but solid,” Browning says. “There will be small number of IPOs before June 30, then a pause for the next earnings season. Assuming that it remains solid to positive, the window opens more fulsomely in the late September and October.”

For companies keen to list, that is good news. Preparation for a listing takes at least six months –probably longer, both experts agree.

Woosman says: “Governance is an issue as you move into public market. Companies are now required to abide by continuous disclosure, and making sure you have good non-executive directors community is crucial.”

It is better to prepare and then pull out than to go to the market too early, Browning says

“That means tidying up systems, putting the right leaders in right positions, getting the company battle-hardened to be a public company,” he says. “In my experience, that is at least a six-month process – stronger companies will take even longer – and it is a really important success factor.”