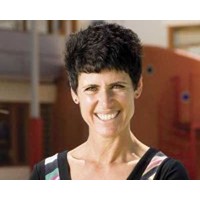 It might not be listed on the ASX, but the elite Melbourne girls’ school Methodist Ladies College has a star-studded board that could rival that of Australia’s largest companies.

The school’s nine-member board is filled with corporate heavy-hitters such as Australia Post CEO Ahmed Fahour, the CEO of Melbourne University Publishing Louise Adler, KPMG partner and demographer Bernard Salt, the former CEO of Crazy John’s, Brendan Felter, and director at Qantas and NAB, Belinda Probert. In former years, the MLC board was chaired by former Qantas chair Margaret Jackson.

Corporate heavyweights get involved in community and not-for-profit boards as a way to ‘give back’ to their community. It’s a widespread practice involving as many as 50% of directors and many senior executives, according to recent studies.

The blood of many directors will run cold today. A controversial pay dispute with MLC’s now ex-principal, Rosa Storelli (herself a former deputy chancellor of Melbourne University) has directly involved the high-profile board members in an ugly public scrap.

It’s reported that a Deloitte review showed Storelli had been overpaid for 15 years. While Adler said in a letter to parents that Storelli hadn’t acted dishonestly, attempts to resolve the issue broke down after six weeks, leading the board to sack the principal after, Adler wrote, “[Storelli’s] position became untenable”.

Storelli, who today gave interviews to several radio stations and newspapers, rejects the claims and the order of events, and says she has no issue repaying the money. Today, she went as far as to call for the board to be sacked. She told ABC radio she had reached out to Margaret Jackson to mediate, as the contractual arrangements had been signed while the former Qantas chairwoman was in charge of the board.

Storelli says the current board viewed this as “a breach of confidence”, which she says demonstrates their mismanagement of the issues and is the grounds for their sacking.

The issue has some way to play out, but it highlights the fact that not-for-profit boards can often throw up more challenges than corporate directors bargain for.

This Monday, the Australian Institute of Company Directors released its third annual Directors Social Impact Study, which surveys its members about their involvement with the not-for-profit sector.