ANZ’s risk of being misunderstood 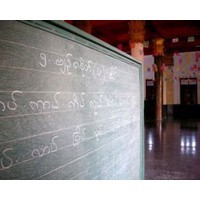 And it’s not the only one.

These are tempting markets, and an increasing number of Australian companies are trying to tap into them.

They can do this by expanding directly, placing operational staff on the ground to drive an expansion, or by partnering with a local company.

Regardless of which route they take, it’s likely some or many of their staff involved in the expansion are going to have to deal with customers or colleagues whose first language is not English.

This exposes them to a little-known risk all native English speakers face when speaking their first language overseas – the risk they will not be understood, losing their companies money and wasting opportunities.

English may increasingly be the global language of business, but that doesn’t mean communication always goes seamlessly.

According to a study released last week by The Economist’s Global Intelligence Unit, nearly half of executives at global companies believe language barriers, leading to ineffective communication or inadequate collaboration, have resulted in them losing money.

The global survey of 572 senior executives from private and public sector organisations worldwide also found 90% believed an improvement in cross-border communication would improve their profits, revenue and market share. This is largely because potential opportunities in foreign countries are being spurned.

Even when both parties know how to speak the English language well, communicating with non-native speakers of English can create problems for English speakers.

Jean-Paul Nerriere is a native French speaker, and was for many years a global marketing vice-president at IBM. He’s fluent in English, but accented and at times simplistic. While some members of the global elite may speak English perfectly, Nerriere’s English is indicative of that spoken by many business people around the world.

“When I travelled to Japan, Korea, everywhere, people seemed happy to do their English business with me, because my English was as limited as theirs,” he says in a YouTube video. “If we all had the same communication levels, we had no limitations at all.”

That changed when native English speakers entered the conversation. Their phrases were more complex, full of multiple meanings and nuance. No one could follow them, but it was obvious they spoke much better English. So everyone clammed up, ashamed and unsure in their ability to communicate.

In an article in the Financial Times, columnist Simon Kuper notes the difficulties Germans in particular have in understanding native English speaker. “When Britons say, ‘Well, it wasn’t fantastic,’ they might in fact mean, ‘It was dreadful’. And some native speakers have impenetrable accents… Foreigners often sit in English-language meetings getting tired, confused, jealous and irritated.”

Nerriere’s solution to this is a tool (“not a language”, he insists) called Globish. It contains just 1,500 words, and a strict prohibition on complex sentences, idioms and jokes.

“As a Frenchman, I cannot understand what is so funny about the jokes my American friends always use to begin a speech,” Nerriere says. “But I like to be kind, so I laugh with them.”

“When people can talk together without worrying about their English, they enjoy taking the responsibility for communication. When people understand each other’s Globish that saves a lot of time and money.”

Nerriere insists though that Globish is not “broken” English. “Globish is correct English, but without English culture. English that is just a tool and not a whole way of life.”

“This level of English is enough… if people can understand a lot of English, but not all of it, they can do any kind of global business.”

Will Globish catch on? The record of invented languages is patchy. But the beauty of Globish is that no one has to learn a new language. For those who already speak some version of English, learning Globish is simply a matter of dialling it down. Globish speakers say it takes half a day for a native English speaker to become fluent in Globish, and there are plenty of free online tools available for those keen to learn.

But leaders can take something from Globish even if they don’t learn the whole system.

When speaking to non-native English speakers:

“I was a businessman,” Nerriere says. “It seemed to me that if we could all speak a simple English, the world would do much more business.”