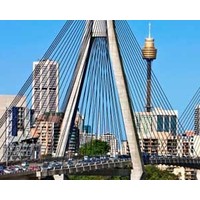 Lend Lease secured a 2012 financial year net profit of $501.4 million, which was marginally up on last year.

It was within the $485 million to $505 million July guidance range given by the group.

“Financial year 2012 has been a very successful year for Lend Lease,” he says.

“Lend Lease has repositioned the portfolio to generate 64% of earnings from the Australian region, achieved some significant milestones in our A$20 billion urban regeneration development pipeline, secured a A$15.3 billion construction workbook and grown funds under management to A$12.3 billion,” he says.

It impacted inventory values on certain projects by A$27.7 million after tax in the second half of the financial year.

Lend Lease’s results noted the number of residential land lots settled had decreased by 10% from the previous year to 2,059 units, principally as a result of fewer settlements in Victoria and South Australia, reflecting current market conditions and a number of projects approaching completion.

The total number of residential land lot pre-sales decreased by 5% from the previous year to 1,369 units.

Its average price per residential land lot increased by 3% from $216,300 to $223,600, reflecting a change in the product mix compared with the previous year.

Residential built-form unit settlements increased by 351 to 523, primarily due to practical completion being reached at Convesso and Serrata at Victoria Harbour, along with Silk and Antias at Jacksons Landing.

The average price per residential built-form unit decreased by 12% to $1,051,000, reflecting the higher number of high value apartments at Sugar Dock and St Patricks settled in the prior year.

The current year includes a high proportion of mid-market apartments settled at Serrata and Antias.

The overall Australian after-tax profit increased by $148.5 million to $429.9 million, largely because of the higher profit from construction, which included a full-year contribution from infrastructure businesses like Abigroup that was acquired in early 2011.

The figure was helped by tax deductions for the retirement business, the sale of the New Zealand retail portfolio to a new Lend Lease fund, and the sale of Lend Lease interest in the South Australian New Schools public private partnership.

The profit from the Asian operations was up strongly but profit in Europe and the Americas fell sharply.