Gigonomics: Managing the ‘army of the disconnected’ 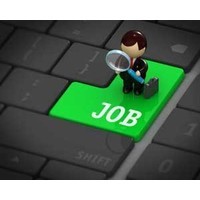 It’s been called gigonomics.  As more and more people take “the package” and set up as consultants, they don’t have jobs anymore: they have gigs.

How does a company leader handle that? How do gig-meisters interact with staff and the company fabric? What happens to loyalty and how do leaders protect intellectual property when they’re dealing with so many fly-by-nighters?

These aren’t lower-end temps, either. There is a growing army of interim managers, executives, and even interim chief financial officers, taking on temporary gigs at leading companies.

Gigonomics was always par-for-the-course for certain industries. Musicians would be an obvious example. Now it’s reshaping the broader workforce. Bringing in a bunch of people focused on how much money they’ll make per gig is changing companies and their cultures.

As the interim army becomes more dominant, leaders are rethinking their management styles. They are having to rework their systems to accommodate interim personality types, while maintaining morale.

It’s a massive risk. In his book, The Corrosion of Character, New York University professor of sociology Richard Sennett argues that the modern workplace, with its focus on temps, “corrodes trust, loyalty and mutual commitment”.

Much of this reflects the changing economy and generational shifts. The numbers speak for themselves.

There are one million contractors out there, accounting for about 8.7% of the workforce, according to the Australian Bureau of Statistics. About 73% are male. Most are in the construction industry (32%) and the professional and technical services sector (13%), covering such areas as law and accounting firms, book keeping and payroll services, architecture, engineering, design, computer services, consulting, research and advertising. About 76% say they are able to work on more than one active contract.

Headhunters say that army of the disconnected will grow. Paul Lyons, managing director of the Australian division of the Ambition Group, says it has to happen; it reflects changes in the economy. It is a sign of the growing influence of Gen Y growing older; the next generation entering the workforce is even further removed from the instincts of boomers seeking permanency.

“The majority at the moment would be people looking for permanent work,’’ Lyons says. “But if you asked me in 10 years’ time, I think as generations change, more and more people are becoming attuned to having to work on a contract basis because that’s the way the economy is changing and employers are changing. More employers want to have a greater percentage of variable costs.”

What proportion of the workforce will be made up of interims?

“I’d expect it to be a large minority if not a majority,’’ he says. “At the moment, it would be 20% but in 10 years’ time, it would be 40 or 50%. Perhaps they would be employed full-time, but full-time on rolling contracts. Or perhaps they might have five days a week of work in three locations.”

He says about 80% to 90% of his clients would use a contract workforce in one form or another.

“The benefits you would get would be are variable costs. Companies can manage their costs better if they have some sort of project or some of issue or problem they can buy it for a finite period of time.