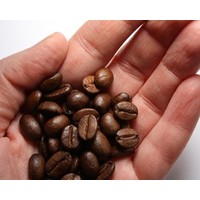 It’s the challenge every growing company faces: how do you get bigger while retaining the small-company feel to your brand, customer service and leadership?

Starbucks chief executive Howard Schultz has confronted the problem in more detail than many other big CEOs. When he returned to Starbucks as chief executive in 2007, he found a company that had become obsessed with growth – more stores and more revenue – but had lost sight of profitability.

“We shouldn’t define the company by its size. When we were hitting the wall as a company we were managing from a very lofty place, talking about thousands of stores and millions of customers,” he says in the below video filmed at the London Business Forum earlier this year.

“When a customer comes into Starbucks store, they see one store… and hopefully a great cup of coffee. They are not worried about thousands of people.”

“We have to decentralise our company. We’ve got to create local relevancy for the customer.”

He also says great companies “have a larger purpose than becoming bigger or making more money”.