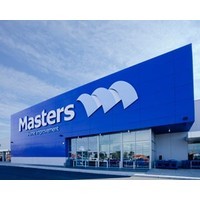 Woolworths may lose as much as $151 million this year on its Masters hardware chain, and will continue to lose hundreds of millions as long as it markets to a demographic that isn’t actively using the stores, a new report warns.

Geoff Dart, partner at retail consultancy Madison Cross, writes in his report that Masters is using a model that is suited towards female buyers, giving off a “premium” vibe with polished floors and bright lights. But he points out women aren’t usually the ones who make purchases in hardware stores.

“Now, I understand why they’re doing this. Because women make a reasonable amount of decisions on home improvement products,” he explained this morning.

“But they’re not always the purchasers. Men usually are, even though there are a growing number of women who are becoming accomplished DIYers in single parent households and so on, women are becoming more independent there.”

Dart says as a result, Masters is still marketing itself towards a demographic that wouldn’t be as likely to walk into the store.

He points out the construction of the stores, with their bright lights and air-conditioned atmospheres, differ wildly from a store like Bunnings, which is more suited to tradesmen and people who are used to its simple, low-gloss atmosphere.

“There’s nothing wrong with air-conditioning your store. But I think you get to a point where there is a disconnect between the way the offer is presented, and the price.”

“So they’ve got a lot of cheap prices, in an environment that’s fairly costly.”

Dart also points out Masters doesn’t carry the two premium labels of power tools, and is working on ramping up its private label products. This, combined with a larger average store size and wider aisles, means it may be losing money.

The forecasts against actual accumulated losses proved to be plus or minus 3%. The importance, interpretation and value of independent research is vital to any strategic planning process.