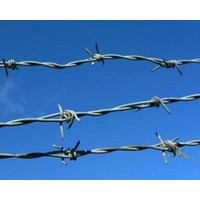 Fairfax Media is introducing a “soft” paywall for The Age and the Sydney Morning Herald (SMH). Initially, the paywall will only affect readers outside Australia, but a domestic version will follow.

Fairfax is adopting a type of paywall that is used by overseas newspapers such as the Financial Times and The New York Times. Subscribers will be able to access all content. Other overseas readers of The Age and SMH will be able to access up to 10 articles per month for free. This number is likely to be set higher for domestic readers. But articles accessed via search engines or via a link on social media will not count towards the limit.

What does Fairfax’s adoption of a “soft” paywall mean for newspapers in Australia?

Newspaper publishers, such as Fairfax, are struggling to find a pricing model that works for the internet. As their hard copy circulations and advertising revenues fall, publishers are in a race for survival.

By adopting a soft paywall, Fairfax recognises that its two premier newspapers, The Age and the SMH, are generalised news sources facing strong competition.

Not all newspaper paywalls are soft. In 1997, the Wall Street Journal was the first newspaper to adopt a paywall, and it uses a “hard” one. In other words, no content without a subscription. Indeed, Fairfax uses a hard paywall for The Australian Financial Review. A hard paywall can be profitable for specialist press: people and businesses will subscribe to get the specialist news and opinion. By adopting a soft paywall, Fairfax is recognising that The Age and SMH are not that different from a huge range of competitors.

Second, Fairfax is adopting a different model to its main rival. News Limited papers, such as The Australian, use a mixed paywall. At any time, some content is free while other content is subscriber-only. The mix changes over time. The idea of a mixed paywall is to keep up traffic flow to free content while enticing readers by the “premium service” that comes with a subscription.

In contrast, Fairfax’s soft paywall is like a “try before you buy” offer. Readers can have a certain amount of any content, but need to pay if they want to do more than sample. The problem with a soft paywall is that many readers may sample to the limit then go elsewhere.

More generally, newspapers worldwide are still trying to find the right business model for the internet age. None of the existing paywalls are the ‘final word’. Indeed, within a decade, either newspapers will have adopted much more sophisticated pricing models or many of them will be bankrupt.

Both soft and mixed paywalls are examples of what economists call “price discrimination”. The approaches attempt to segment buyers and get loyal readers to buy while keeping up the flow of other readers in order to maximise advertising revenue.

But, in terms of the information used, paywalls are crude forms of price discrimination. To have a future, newspapers will need to focus on specific reader information. The newspaper of the future will add value, not through a general spread of stories, but by delivering each reader those stories that are most likely to interest that specific reader. By tracking your readership, newspapers will know what content you focus on and what content you ignore. By tracking groups of readers, newspapers will judge content that you might like by recording the content that is being viewed by similar readers. A newspaper will add value by delivering you the information and stories you value and saving you the cost of finding that content. Newspapers will become bespoke. And then they can charge readers for this personalised service.

How do I know this is the future? Because it is already here! Google News has allowed readers to choose bespoke topics for years. Newer applications, such as Zite, record your reading activity and feed that back into the stories that are chosen for you. You can do this manually. But the software is happy to do it for you. Further, it judges the stories it provides to you on the basis of what other like-minded readers are viewing. So Zite gives you a “personalised magazine” of internet-based news content.

So far newspapers have not ventured far down the bespoke path. They have two choices: become bespoke and add value to readers compared to internet search engines, or go bankrupt.

Introducing a soft paywall is a tentative first step by Fairfax down the bespoke newspaper path. But it, along with most other newspaper publishers, still has a long way to go to develop viable business models for the internet. And if they do not hurry up, they will be obsolete.

Stephen King is a professor, Department of Economics, at Monash University.