Microsoft breaks down the barriers in bid to stay relevant 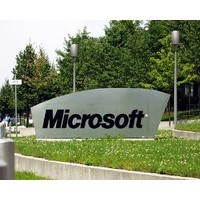 Overnight in America, Microsoft unveiled a sweeping organisational restructure that broke down the device versus market-based divisions that have been a hallmark of the company in recent years.

“This is a big undertaking,” Microsoft CEO Steve Ballmer said in a 2700-word memo to company employees. “It touches nearly every piece of what we do and how we work.”

Dubbed the ‘One Microsoft’ strategy, it brings in a horizontal management structure with vice-presidents being responsible for different functions, like engineering, marketing and finance.

“It presents a lot of opportunities to unify the product lines and integrate the services that Microsoft has,” he told SmartCompany.

“I think it’s probably quite a natural thing to do once a business gets too separate in its different business units. It’s natural to seek to unify them.

“Microsoft has its fingers in a lot of pies. If it can make sense of all that, for example, in terms of giving people one account that can be used in all its online services, gaming and cloud applications, that could drive a lot more efficiency for it.”

The biggest challenge for Microsoft is its future in desktop, Gedda says.

“While Microsoft dominates the desktop with its Windows operating system, and has for ages, the reception to Windows 8 has been lukewarm to disastrous. It has to make sure it doesn’t throw the baby out with the bathwater when it updates Windows, as that can alienate its user base.

“Its biggest problem is remaining relevant on the desktop. If you have a monopoly on something, you don’t want to lose that.”

Desktops are decreasing in relative importance as mobile devices take up more and more of the consumer-spend. That means in the longer term, Microsoft’s profitability could depend on its ability to monetise its online services.

“It’s invested heavily in services like Bing, Outlook.com, and so forth,” Gedda says. “It’s got a lot of mass-market cloud services. But how is it going to ensure the continued relevance of those products in the face of competition from companies like Google, Facebook and Amazon? The question is: is Microsoft heading to the cloud as well as it can?”