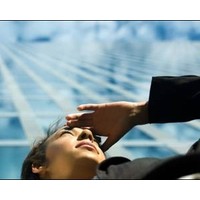 The mood of mid-market companies is volatile, according to a new Future Business Index report released today by the Commonwealth Bank. “While overall business sentiment has softened … it is pleasing that the environment is still considerably better than 12 months ago,” executive general manager Symon Brewis-Weston says.

The report, released twice-yearly by the bank, measures the confidence of businesses with a turnover of $10  million to $100 million. It shows a notable drop in overall business confidence, from 9.3 points six months ago to 4.3. However, the new figure is still much higher than 12 months ago when it was in the red at -0.3.

The trend wasn’t uniform across all business sectors. Retailers and the mining sector jumped by 10 and 7 points respectively, while construction, business services and transport all dropped double figures.

In regard to the next six months, mid-market companies are undecided. While 27% are optimistic about the forecast, 26% of companies expect it to worsen. Opinion on revenue is evenly split, with 50% predicting a rise. But larger companies, with more than $50 million turnover, are more positive, with 59% expecting an increase.

The number of companies expecting to reduce expenditure was down to one third, although more are planning to cut staff.

The story is also very different from state to state. Victoria and Tasmania, both of which have experienced economic difficulties recently, had a 4-point jump in confidence. But that’s where the positive outlook ends. New South Wales and the ACT declined 4 points, although confidence is still high, while South Australia and Tasmania slumped 15 points to -10.1. Western Australia also declined sharply off the back of bad news from China, slipping from 16.7 to -2 in just six months.

The news isn’t all good, but the results show that while business confidence has dropped, mid-market companies haven’t given up hope.