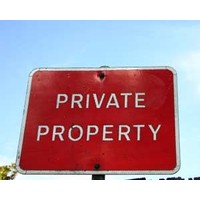 Geoff Morgan and Andrew Banks have successfully delisted Talent2 and returned it to private ownership, after shareholders backed the move at an extraordinary general meeting this morning.

The two recruiters founded the company in 2003, and took it public through a back-door listing in May 2004.

The company grew quickly, trading on the reputation, connections and expertise of its founders, who had previously run highly-successful recruiter Morgan & Banks, which they sold for $380 million in 1999.

But in recent months Talent2 has floundered in the tough jobs market. In the six months to December 2011, the company reported a net loss of $1.6 million. “Our performance hasn’t been great,” Talent2’s CEO John Rawlinson conceded in May.

Talent2 shareholders are hurting – the company’s share price has fallen from $1.53 to just 32 cents in the past year. With today’s deal some relief for shareholders looks to be on the way. On May 28, the company issued a statement saying Morgan and Banks, in a 50-50 joint venture with privately-held American company Allegis, had offered to take the business private in order to “allow the company more flexibility to meet its strategic global growth plans”.

They offered 78 cents a share – a decent premium on the 48 cents the company was trading at before the announcement.

This option offers shareholders a way out of the ailing investment, and provides the founders an opportunity to take advantage of the benefits of going private, such as:

But that doesn’t mean everyone has welcomed the proposal. Some shareholders are not happy with the deal as Talent2’s shares were trading above $1 before a shock profit warning in December 2011.

Regardless, at today’s EGM, 88.64% of shareholders backed the delisting proposal, while a slightly higher 88.75% backed the payment of a special dividend.