Moving the car industry debate beyond a subsidies squabble 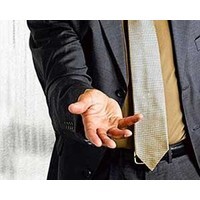 A famous quote from Albert Einstein states that doing the same thing over and over again and expecting different results is insanity.

Yet this is exactly what has occurred in the car industry which has formed a crucial part of Australia’s industry policy.

For decades, governments have developed a hotchpotch of plans and practices, allocating generous funding via blunt instruments that are implicit in traditional protectionist policies and industry assistance.

Companies like Holden and Ford receiving government support or bail outs repeatedly promise that – this time – the industry will become robust and self-reliant. They then renege on these promises. For a number of reasons (including pressure from the high Australian dollar and low demand), jobs are lost and the industry struggles on. Debates continue about the cost and benefits of supporting a car industry: opposition to propping up a declining industry versus the need to protect jobs and acknowledging the flow-on value to other manufacturing sub-sectors.

We need to move beyond these debates. The problem is not whether industry policy should keep ailing industries from going to the wall, but rather how to pursue productivity and longer-term economic investment.

Everyone knows that to be successful, firms need to produce quality goods and services and develop a competitive advantage through brand identification, good service and market strength.

A lack of direction, cohesion and vision has led to short-term, unco-ordinated policy responses. Therefore, it is worth considering the usefulness of a co-ordinated industry policy as a way of avoiding unsuccessful strategies embraced in the past.

Recognising the interconnections of problems and the inappropriateness of existing silos is a start to addressing the issues.

Co-ordination involves a whole of government approach that works across portfolios, offering the opportunity to develop an integrated response and focusing on policy development and implementation. Industry policy is interdependent with other polices such as fiscal and monetary policy, environmental sustainability, training and skills development and industrial relations.

Apart from the public sector and economic policy public servants, a rigorous consultation process would engage different players including representatives from the car companies, the trade unions, environmental and consumer groups. It is important that governments develop constructive relations with key firms and industry groups, developing shared policy goals and priorities on matters such as technological improvement, “green” cars, design capacity and workplace relations. It is also important to collaborate on developing environmental regulations which are based on either a self- or co-regulatory basis to achieve compliance and control environmental externalities.

Another challenge to address is that there is little accountability and transparency. Governments consistently offer bail outs to the car companies which then limp along for a little longer before announcing the next bout of job redundancies. This type of assistance is a reactive, political fix which placates the industry for a while, but contributes little towards longer term industry restructuring or viability.

As part of a better planning package and closer co-ordination between industry and policy makers, firms should have to provide guarantees for improved performance.

Despite huge amounts of public funding, car manufacturers have not been answerable for poor production and profitability outcomes. The provision of funding with hardly any strings attached is not new. There have been no effective instruments for identifying or correcting failures which has merely resulted in additional uncertainty.

The Department of Industry administers about $3.4 billion to Toyota, Ford, General Motors and their suppliers. The public regularly receives announcements about staff cuts as well as further subsidies for various manufacturing plants. After Holden threatened to close its manufacturing base in Australia, the Gillard government declared that its $275 million deal to the company was “not a hand out” but “a strategic investment”. Holden would commit to continuing operations in Australia until 2022 and promised it would invest $1 billion. Notwithstanding these assurances, there was no guarantee that there would not be any forced redundancies, consequently employment remains vulnerable.

Australia needs an industry policy which advances overall performance in the automotive industry and avoids wasteful interventions and the benign neglect of the past.

If there is unwillingness to move beyond the “same old, same old”, or incapacity to reconsider industry policy via strategies such as better co-ordination, the government should stop propping up the declining car industry. We cannot afford to squander millions of dollars of public money on inefficient and ineffective car industry policies.

Liz van Acker is a senior lecturer at Griffith University.
This article first appeared at The Conversation.