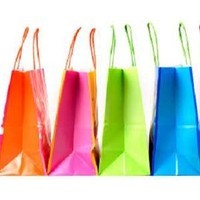 Myer has posted a slight rise in first-half profit in a challenging retail environment by focusing on high-performing categories.

During the six months, it cut down on discounts, sold more in-house brands and moved away from the electronics and white goods sectors.

“We have an increased focus on gross profit per square metre and we have done that through the category exits we have made.”

Since 2010, Myer has exited or rationalised categories including white goods, gaming and consoles, CDs and DVDs and the space has been reallocated to higher margin fashion categories.

The categories of menswear, cosmetics, womenswear, fashion accessories and childrenswear were Myer’s best performing categories, well ahead of last year in both sales and gross profit.

“Suppliers have been supportive of our endeavours to be more competitive for our customers in a global marketplace,” Brookes said.

“Customers have responded well to lower prices and in the majority of cases volume increases have compensated for price deflation.”

Myer did not provide figures for its online sales but Brookes says the retailer is recording growth of about 200% in online sales.

“That demonstrates the growth it is in, and that is off a small base. I would also add that we are still standing to our commitment that over five years it will be at least 10% of our business, and over five years that is $300 million,” he says.

Brookes admits online competition has hurt Myer but says customers are starting to research online and then buy in-store rather than vice versa.

“The hit we have taken from online is really hard to measure. There is no doubt people are researching online and buying offline and that is where we are at a really great advantage as we have 67 stores,” he says.

“Our ability to provide an experience and theatre in-store is becoming more relevant.

Brookes told our sister site, SmartCompany, Myer will “happily” participate in Click Frenzy again as it was Myer’s biggest trading day online despite the site crashing.

“Click Frenzy for all the criticism was still a success because it raised the profile of online, our site did not crash, so people went direct to our site,” he says.

Brian Walker, chief executive of the Retail Doctor Group, says Myer’s results are “quite pleasing” in a challenging retail environment.

“Everybody has talked about the demise and death of the department stores, certain categories such as TV and gaming were experiencing significant deflation and so Myer took the strategic decision to rationalise out of those and move to higher margin fashion categories,” he says.

Walker says Myer has increased its margins by really targeting markdowns and shrinkages and he believes the department store’s investment in fashion label sass & bide has helped boost its results.

“It has worked well with its suppliers in sourcing, product differentiation and a focus on price harmonisation and that is also in the climate of increasing labour and occupancy costs,” he says.

But Walker says “there is still a lot to be done” in Myer’s aim to be an omni-channel retailer.

“If a full flight omni-channel experience is the summit then I think Myer has just left base camp,” he says.

While Myer declined to provide profit guidance for the next half of the year, Walker says the positive first-half results should stand the retailer in good stead.

“There are some signs of consumer confidence increasing but business is not yet seeing that increase, so there is a lag effect,” he says.

“That will flow through and I think Myer is quite well positioned for the second part of the year.”

This story was first published on LeadingCompany’s sister site, SmartCompany.