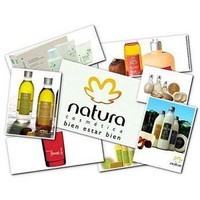 How will the logic of globalisation change if growth opportunities in emerging markets continue to far outpace those in developed economies? For some 30 years, Brazilian beauty giant Natura Cosmeticos has been attempting to move into developed markets even as the opportunities in its region have grown stronger. Along the way it has discovered just what a double-edged sword a robust regional base can be for an emerging-market multinational.

In successive attempts to move beyond its borders, Natura has found itself having to weigh the pressure to devote scarce managerial resources to challenging adventures abroad against the imperative of focusing on burgeoning opportunities close to home. Ultimately, it discovered, as its counterparts in Latin America and Asia may increasingly find, that the payoff from slow and patient investments in its neighbours was not a consolation prize for failing to reap sufficient returns in developed markets but was itself a successful globalisation strategy. Unusual among emerging-market multinationals, Natura sells not low-end but premium mass-market cosmetics and personal-care products through a direct-sales network of more than one million independent, mainly female sales consultants.

Like so many emerging giants, Natura evolved in a way that took advantage of its home market’s economic experience. In 1969, 27-year-old Antonio Luiz da Cunha Seabra founded Natura as a small lab and cosmetics shop in Sao Paulo. Five years later, after experimenting with various distribution models, he followed the example of Avon, which had been successfully operating in Brazil for nearly a decade through door-to-door sales.

In 1980, Seabra was entertaining notions of global expansion. Walking down New York’s Fifth Avenue that year, he was struck not only by the immense competition in the cosmetics market but also by the feeling that “there was a place for Natura in the world”.

Where to start? Go after the riches of the US market? Enter a wealthy market, such as Portugal, where consumers speak your language? Stay close to home?

Natura tried all three approaches. But having found success at home with a value proposition that was in many ways ahead of its time and a sales network that was very time-consuming to start up in new markets, Natura was at a disadvantage in moving beyond Brazil. With no compelling economic reason to venture abroad and limited managerial talent to spare as they were building the business at home, Seabra and his co-founders approached international markets halfheartedly, intent on protecting their core operations.

Natura entered Chile in 1982 by forming a partnership with a local distributor, which sold Natura’s products less than enthusiastically through its own direct-selling network. A year later, the company allocated $100,000 to create Numina – a brand of cosmetics for export to Florida and Portugal – and hired people the company knew or who had previously worked for Natura to run the local operations.

In beauty, as in wine and cheese, country of origin matters. If Paris and New York were the globe’s beauty capitals, Brazil was equated in much of the world not with rain forests and biodiversity but with hyperinflation, deforestation, soccer and samba. This competitive handicap, combined with insufficient management attention, proved too great to overcome.

The Florida and Portugal operations were entirely abandoned, while the Chilean business limped along unprofitably even as Natura attempted to start developing its own network in conjunction with a second Chilean partner.

Increasing revenues at home simultaneously made the prospect of investing in other markets less attractive and allowed Natura to bear the cost of unprofitable operations for years. And so the company did not devote serious management attention to its international operations until 1999.

Alessandro Carlucci, then Natura’s sales director and now its CEO, was sent to Argentina with the resources and authority to build a sales network that was truly committed to the brand and the company’s values. To keep turnover low, the company built strong relationships with its sales consultants in Argentina. It also improved logistics by opening a distribution centre there. Revenues from the Argentine business grew by about 30% a year from 1999 to 2001.

Then, at the end of 2001, Argentina plunged into recession after devaluing its currency by 40%, and Natura learnt a vivid lesson about the wisdom of sticking to its values and vision. In response to the devaluation, most competitors raised prices. But Natura chose to keep its prices steady and forgo short-term profits, focusing instead on reducing costs through efficiency.

The company quickly transferred the lessons learnt in Argentina to other markets in the region and took steps to ensure that its sales networks became fully committed to the brand and the company’s values. With its confidence growing and its coffers brimming, Natura set its sights once again on developed markets.

In 2005, Natura opened a two-story flagship store in Paris. Although France was not as open to direct selling as neighbouring Great Britain and Germany, Natura had long-standing ties with France as a source of packaging, some raw materials and knowledge. Moreover, Paris was the capital of the beauty world.

And drawing on its experience there, Natura began establishing a direct-selling network and opened a store in Mexico City. Unlike the Paris shop though, this store sold no goods – it was a place for sales representatives to meet and exchange experiences, test products and receive training. Natura saw this as a hybrid of the direct-selling and retail models, which could be replicated at a fraction of the cost of building a comprehensive retail-store channel.

This hybrid model – which the company began to use in Brazil in 2007 – helped Mexico become the company’s biggest international market. Its success in Mexico seemed to pave the way to the US market.

Decline of the West?

Five years later, Natura has not gone to the US or, in fact, to any other new market outside Latin America. The French business remains small, unprofitable and the only one in the developed world. Finding markets elsewhere that are compatible with the company’s direct-selling system, its community values and its focus on sustainability has proved tricky.

Since the 2008 financial meltdown, the company has stopped talking about US markets in its annual reports. Instead it has focused squarely on Latin America, entering Colombia in 2007, increasing the efficiency of its logistics and tailoring its products and communications to local conditions.

These investments are a reflection of the slowly changing economic equation of globalisation. Even as the US beauty market grew by an anemic 1.1% in 2010, demand in Mexico grew by a healthy 7.5%.

In the long run, Carlucci says, although the company has not abandoned plans to enter the US or expand in Europe, the goal isn’t to go to any particular place but to have a global portfolio that can be constantly adjusted to reflect the knowledge acquired in different markets.

Geoffrey Jones is a professor of business history at Harvard Business School and faculty chair of the school’s Business History Initiative.