Alex Malley’s mission to make leaders reach for the moon 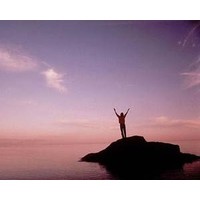 How can Australia recapture the fire it had in its belly post-World War II, to enable it to meet the might of emerging economies? It’s a question that plays on the mind of one of the nation’s most forthright CEOs, Alex Malley, who heads the successful international accounting body, CPA Australia. He believes the answer is in Australia’s nimble entrepreneurial flair and that encouraging it will take strong leadership.

Malley’s passionate focus on what makes leaders tick permeated his early career as an academic and continues today as the chief of an organisation with some 140,000 members in 114 countries. As host of national TV series The Bottom Line, on Australia’s Channel 7 Digital, Malley has explored the leading modus operandi of some of the world’s sharpest decision-makers and business luminaries. In an exclusive interview with [email protected] School of Business, he shares his insights on leadership with Julian Lorkin.
An edited transcript of the interview follows.

[email protected] School of Business: To start with, what qualities do you think are important in a leader?
Alex Malley: The really stand-out qualities are: having the courage to fail to meet a vision – we don’t see enough of that today; having the passion to be where you’re at, so that encourages an energy that’s above the normal; and, certainly, to mobilise people through example, but also through influence. They are all really the key. If you can do that and inspire your board, your management and your stakeholders, then you’re on your way as a CEO.

[email protected] School of Business: From all the people you’ve interviewed as part of The Bottom Line TV show, is there one overriding notion – one overriding principle – that you see has guided those leaders?
Alex Malley: The overriding principle is that they’ve all done what they love doing. The great mistake you can make in life is to try and attempt to be something or someone you’re not. And all of them had a foundation interest in what they were doing.
[email protected] School of Business: So for those leaders who are often taught how to act as a leader, in reality it comes down to their personality and being able to be themselves?
Alex Malley: Well, you’ve got to be yourself. Obviously, in your younger days, you’ve got to play the game and be disciplined and so on. But always, you’ve got to make sure that who you are stays strong. That doesn’t mean you’re disrespectful in the workplace, but you can’t lose your inherent character, and that can happen along the way in attempting to please as many stakeholders as you feel you need to.
[email protected] School of Business: Isn’t that part of what many leaders go through? They realise they have to make compromises, and those professional motivations that they initially start with – perhaps when they leave business school – disappear on the greasy pole into management?
Alex Malley: It’s always a difficult thing to completely maintain your own self in everything you do, but it’s the only thing that will allow you to maintain your leadership qualities. If you look around the world, we’re seeing leaders who turn away when the heat’s on, or actually don’t go down the path they originally intended to take. To a great extent, that’s to do with the fact that they’ve compromised their own souls, and that doesn’t help anyone, including them.