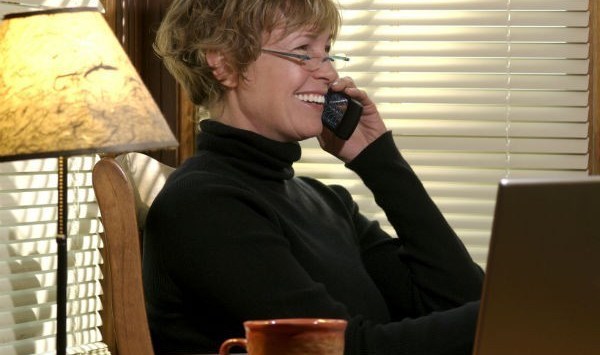 Despite considerable success in the international arena, many female entrepreneurs still struggle to raise capital. New research suggests that lenders may have an outdated concept of what an entrepreneur looks like.

We recently surveyed 416 Australian female businesswomen, and complemented the survey with focus groups.

Of survey participants, 183 were female business owner-operators – what most of us would call entrepreneurs. We found that over a third (35%) of these female entrepreneurs who operated internationally had recorded sales growth of more than 40% over the previous 12 months.

The growth is even higher among those female owned and operated businesses that had internationalised in the past five years, with 52% reporting sales climbed by more than 40% in the past year. Employment growth paralleled sales growth, indicating promising gains for the Australian economy.

There was, understandably, a strong appetite for more growth. Most of these entrepreneurs (74%) were looking to expand the number of countries in which they operated in the near future.

Unfortunately, our data point to some substantial constraints to these internationalisation ambitions, which we view as a possible handbrake on future growth of the Australian economy. The most significant is shortcomings – and possible discrimination – in the Australian capital markets.

As this is the second time we have run this survey (see a discussion of the initial report here), we were able to track some respondents from year to year.

Of the women in our first survey who indicated an intention to expand, 60% did so. This longitudinal panel also allowed us to track changes in perceptions of barriers over the past 12 months. Internationalisation should become easier over time for any given businesswoman through experiential learning, mentoring, support networks and the like.

However, this wasn’t the case for many. Over half (52%) of the entrepreneurs reported “lack of alternative sources of capital” was a greater barrier to their international expansion than it had been 12 months earlier.

So how do female entrepreneurs fund their start-ups and their expansion?

The sophistication of Australia’s banking system, and our low cost of capital relative to many emerging economies, should be a source of advantage to Australian entrepreneurs.

Despite weathering the GFC relatively unscathed, Australia’s institutions appear excessively conservative and risk averse. Among the internationally-engaged female entrepreneurs, 23% rated the level of ease in accessing finance for international expansion as very difficult, and 32% assessed it difficult. Only 2% graded it as very easy, and 8% as easy.

Slightly more than a third of owner-operators (36% for both the internationalised and not-yet-internationalised groups) claimed financial institutions did not offer an environment in which they felt at ease discussing their financing needs.

Around half the respondents advocated better information about funding options available to entrepreneurs. Many also called for simpler processes and streamlined paperwork, and for lenders to explore offering more flexible loan terms.

Many female owner-operators appealed for more face-to-face contact with lenders and consistency of personnel, and for financial institutions to employ staff who better understand running a business.

Almost two fifths (39%) of the internationally active entrepreneurs felt their gender made a difference to their access to finance. This number was considerably higher (52%) for those who were yet to internationalise.

Of the internationally active female entrepreneurs, 62% are more than 50 years of age – certainly not the stereotypical entrepreneur, who is typically depicted as an assertive, outspoken young man.

However, the banks might want to consider what they’re missing out on.

As debtors, these entrepreneurs are safer bets than most. The women in this entrepreneurial group are very well-educated (78% hold a bachelor degree or higher). They have more life and business experience than their junior competitors and 50% have international business experience, typically for five or more years.

In focus group discussions, a number of the owner-operators pointed the finger not just at lending institutions, but also the regulatory constraints on other potential funding sources such as superannuation and managed funds.

Tellingly, venture capitalists and angel investors were almost completely absent from any funding arrangements. Most of these start-ups were solely owned, or partnerships with spouses and long-term partners.

Without a more proactive capital market that recognises the promise of female entrepreneurs (whatever their age), Australia’s international business performance will be constrained.