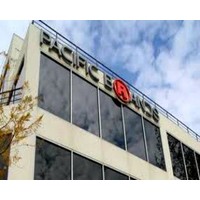 Pacific Brands is in trouble.

Between 2008 and its disastrous profit result last year, revenues shrunk from $2.1 billion to $1.3 billion, while net income went from $117 million to a $450 million impairment-laden loss.

Like its revenues, its share price has also fallen, taking an especially large 7.4% hit to 57.4 cents a year ago when takeover talks with private equity firm KKR didn’t lead to anything.

Since then, the shares have recovered slightly, closing yesterday at 68.5 cents. Still, it’s a long way from the $2.15 they commanded in 2008.

The company, which owns iconic Australian brands like Bonds, Berlei and Hard Yakka, changed CEOs in August last year, forcing out its chief Sue Morphet, who hadn’t managed to turn around the company despite controversial job cuts, posting three losses in four years.

Her replacement, John Pollaers, needs to accomplish what she failed to do. Yesterday, at an investor presentation, he revealed his five-year plan to do so.

He said the company’s vision was to be: “Australian for innovation and design,” and to make people proud of the company’s Australian origins, which he plans to leverage into a global powerhouse of brands.

“To do this we must be a breakthrough performance team defined by our affinity, interdependence, risk taking, ownership and purpose,” Pollaers said.

He didn’t provide any updated guidance figures, leaving that to the full-year update in August. But his presentation contained plenty of detail about how the company is relying on a mix of international expansion and product innovation to stem the bleeding.

Stemming the bleeding, or as the presentation put it, halting a “negative trajectory” in the company’s earnings before tax and depreciation, is the first priority for Pollaers. In the first one to two years of his five-year plan, it’s the main focus, his presentation revealed. Pollaers is being cautious on what he promises, predicting “modest” growth within four years and “sustainable” growth within five.

The most ambitious part of the Pacific Brands roadmap is to expand its key lines overseas to the UK, the US, Europe, China, and parts of Asia and the Middle East.
This would have the effect of reducing Pacific Brands’ reliance on the Australian market, which remains a key strategic weakness of the company.

Almost all of Pacific Brands’ sales (95%) are made in Australia. Close to half (47.8%) of sales in the 2012 calendar year came from discount department stores. Another 16.5% came from supermarket sales, while 17.4% came from department stores. Only 9.1% of its sales are ‘direct’ – meaning they were made either in its own stores or through the websites of its brands. This leaves Pacific Brands highly exposed to Australian retail trends. Diversification to other markets could help overcome this.

Speaking to LeadingCompany last year, Pollaers said Manchester brand Sheridan was a good example of what the company could achieve.

“It already has China and Hong Kong among its top five customers, and has significant presence in retail through concession stores and dedicated outlets. The question we can explore is, couldn’t we do that with other brands?”

The third strand of Pollaers’ strategy is to continue innovating and investing in the company’s key brands.

These include its big names, like Berlei, Sheridan and Bonds, as well as brands it deems to have potential, like Hush Puppies, Everlast and Mossimo.

Retail expert Brian Walker, the CEO of Retail Doctor Group, says a challenge for Pacific Brands is to make sure all its key brands remain relevant and contemporary.

“They’ve done some great work with Bonds,” he says, referring to the previously wholesale underwear brand which has recently opened its own standalone stores. “If we think about some of their other brands, like Hard Yakka and King Gee, one of their opportunities is making these already strong brands more targeted and contemporary.”

Walker says Pacific Brands’ strong stable of “well-recognised, pedigree brands” holds the company in good stead if they manage to keep those brands current and contemporary.

“There’s a huge amount of cultural investment from Australians in many of these brands. They’re part of our vernacular and culture. Some might suggest they’re even iconic. And that’s a huge opportunity.”

Continually investing and managing a portfolio of brands is one of the key challenges of companies like Pacific Brands, Walker says. “It’s hard to keep each of them unique and independent from each other, while also thinking strategically about their future,” he said. Pacific Brands has been hammered by lower consumer spending, but its long-term success rests on its own execution, he said.