Packer goes public: How to make your pitch perfect 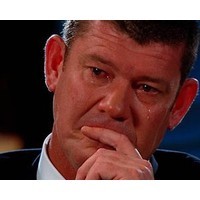 What makes a CEO decide that it is time to display their most private feelings on a national television program?

Cynics would say that in the case of multibillionaire, James Packer, the motivation to agree to a “no holds barred” interview on Channel Seven’s Sunday Night program is simple. It is the lure of slipping some more billions into his coffers by winning public support and sympathy for his bid to secure a casino licence in the high-profile Barangaroo development on Sydney Harbour.

Sunday Night reporter, Mike Willesee, spent six days travelling around the Packer empire to prepare for the interview of about 25 minutes, which aired last night. Packer cried about the loss of his father, Kerry Packer. He revealed that he became very depressed for two years following the collapse of telecommunications company, OneTel, in which Packer and fellow investor, James Murdoch, lost a billion dollars.

Packer is not the only CEO making the most of mainstream media – rather than the business press – to build a public persona and win public sympathy.

Ruslan Kogan, who founded mid-sized online electronics store, Kogan, is a master of publicity. He appears in the business press but has also appeared as a panellist on the national ABC TV program, Q&A, and featured on A Current Affair and TodayTonight.

Radek Sali, the CEO of Swisse Vitamins, is a master media performer. Last month, he revealed that Swisse would sponsor the American talk-show host, Ellen Degeneres, to bring her show and its entire audience to Australia. Last year, he recruited actress Nicole Kidman as the brand’s ambassador. Sali is one of a small number of CEOs who tweets, and appears regularly in magazine profiles.

Every CEO has a public persona, like it or not, says executive search consultant, Nick Waterworth. And creating public sympathy and acceptance of a company and its activities is not only legitimate, but essential to its long-term sustainability.

“To some degree, other people have a stake in a CEO’s brand, and you have got to embrace that,” Waterworth says. “Shareholders definitely have a vested interest in your brand, but even in private companies you have a brand; you have some shareholders, you have staff, customers, and suppliers. Personal brand is very important.

“Many people embrace sustainability, not just in the environmental sense, but in the sense of deep interactions with the public and acceptance by the community. The more sustainable your business is, the more successful in the long term.”

Lobbyist Jody Fassina, who saw part of the Packer interview, says Packer’s responses were ‘poignant’. “Notwithstanding that his late father, Kerry Packer, died six or seven years ago, James Packer has always been seen in the shadow of his father,” he says. “This is one of the few times that he has come out of this shadow, and we have seen the person, the human being and a very touching side.”

Fassina says it is in Packer’s business interests to reveal more of his vulnerabilities. “In terms of his business interests, the casino project in NSW, he needs to project an image of ‘realness’ and not that he is this distant CEO, but a real person with real concerns.”

Authentic is all there is

The stakes are high when a CEO attempts to rebrand their public image, says corporate communications consultant, Marjorie Johnston. James Packer has been seen as reclusive and private, and his revelations change that image. “People who think, ‘I am going to reinvent myself’ need to be very careful it is not fly-by-night,” she says. “They need to think about their brand promise and live it, which actually involves some soul-searching. It is quite hard work to come up with that kind of strategy.”

In other words, although Packer and other leaders might have ulterior motives, if their persona is not real, it will quickly become apparent, and damage a CEO’s brand.

Fassina says: “It can definitely go wrong if people think it is manufactured and fake,” he says. “I didn’t. It is very hard to manufacture tears on TV. People can see that it is real raw emotions, and that it takes a lot of guts.”

Waterworth says public standing is an almost universal recruitment criteria for corporate leaders (not something Packer needs to worry about). “When we are searching for new leaders, our clients almost always ask how this person is perceived in the community,” he says. “I’d go as far as to say that all CEOs should do a brand audit of themselves and find out how they are perceived.”

He says no leader is strong in every attribute and CEOs need to know their weaknesses and their strengths.

A positive public perception of a leader can have a direct impact on corporate performance and results, he says. “Often CEOs are on TV talking to the public but a large part of what they are saying is directed at staff. They are big stakeholders. Executives and all staff are very aware of the standing their CEO has in the media and public arena.”