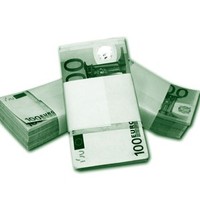 As United States presidential aspirant Mitt Romney has demonstrated, the much maligned private equity sector is one way to make a motza (his wealth has been variously estimated at between $202 million to $500 million).

Australia-based Wolseley Private Equity, which has $350 million under management in two funds with plenty of dry powder, has a strict time frame of sticking to a business for three to five years, ideally making the company’s management and themselves a healthy return. After three to five years, Wolseley seeks to sell the business to get three times the money back. They’re great returns for Wolseley and the company’s top managers, all of whom are shareholders in the company under the Wolseley model.

Recent examples have included Freshmax, a distributor of fruit and vegetables which tripled its size under Wolseley and was sold just before Christmas, print management business Stream and travel solutions outfit Transonic. All yielded the required return when sold.

Bad press surrounds private equity, but managers who pick the right equity company, and do a well-considered deal, need not worry. Private equity investment can build a fast-growth business, and provide a good succession plan and exit strategy.

When Wolseley moves in on a company, the one thing it’s looking for is top management. It doesn’t seek to replace it, or overhaul the business. As Wolseley Private Equity director Angus Stuart says, it’s about looking at the best-performing aspects of the business and seeing how that could be replicated for better returns.

The key for a successful deal, he says, is to work as a sounding board for the managers while using their networks, skills and experience.

“That becomes a really powerful way of helping the business grow quicker because you’re not losing anything. You’re gaining through the process. Ultimately, we’d love to back the existing team. That’s the ideal.”

The aim of the exercise, Stuart says, is to grow the business beyond what the original owners had achieved.

“We sometimes find you have a business that has done really well in its own market, say in its own geography. It might be very good in Victoria, for example, but they just haven’t had the extra thinking or the extra money to help work out how it could be equally good in New South Wales and Queensland.

“With a like mind that’s willing to trust the advice that we can bring, we can basically work out a clear set of roles between what management will do and what we’ll do and come up with the strategy and the tactics and set out a quite specific plan on how to do that over three to five years.

“We are there for part of the journey, they have done all the hard work to set it up, we can hopefully accelerate some of that growth and then the next owner will get the benefit of continuing that path as well.”

How long does it take to establish the relationship? Long enough. “It’s not a shotgun wedding,’’ he says. “It’s just one conversation at a time.

“It can take several months and it’s a fine balance because there will come a point where both parties have a clear intention to get married, if you like, and once that point is crossed, we then try and progress the transaction as quickly as possible because taking time beyond that can disturb the momentum that’s been built up in the relationship.

Differences are sorted out in advance. “We try to have as many conversations before doing the deal as possible because once we have agreed on all the paperwork and we have co-invested with the owner, then we want to make sure that’s been done with a clear agreement on what the plan is. From the moment the deal is done, it is all about alignment. We’re shareholders, they’re shareholders, all our shares are the same class per share and we want to increase the value of the shares,” he says.

It’s not just alignment between Wolseley and the owners; it’s also about alignment with management.

“We want to ensure the key management also have shareholdings and have the opportunity to increase their wealth by doing their job,’ he says. “There aren’t many private companies where the top 10 or 20 management also have ownership of the company and we find that alignment very powerful. It gives people a reason to want to operate in that high-performance environment and be excited about the challenge of the milestones and the project plan.”

As a rule, Wolseley doesn’t take any role in management. Instead, it usually appoints two representatives to the board and provides advice.

Sometimes it poaches talent. For example in one of its companies, the franchise operation Cartridge World, it recruited franchise specialist Rod Young from DC Strategy, to the board. “We realised we needed to instil some strong franchising skill and knowledge to the business,” he says.

Wolseley runs its eyes over the high-performing parts of the business and sets up systems so that it can teach those skills to other parts of the business. “With Cartridge World, for example, we have some really profitable high-performance franchise units all over the world, but we are able to say here’s a guy in Bendigo who’s the best in Australia; what’s he doing that we can help teach other stores to do? People are quite receptive to learning from their peers and we are facilitating a bit of peer learning.

“That’s part of what we bring. It’s the ability to assist the management in thinking about what they’re entrenched in day to day. With the bit of a benefit of not being in the daily operations, we can be a sounding board and help management think differently about what they’re doing and work out the two or three critical paths that make part of the business perform well and being able to roll it out to other parts of the business.”

Stuart says Wolseley doesn’t tell the CEO how to run the business. But if part of the business is underperforming, it will be discussed until everyone is in agreement. The CEO will then make the call.

“Ultimately, we want to give the CEO all the space he needs to do what he does best,’’ he says. “It’s within the bounds of a good relationship. No wife likes being told by their husband what to do. Their needs to be an agreement on ‘do we think this is the right thing to do’and that can take a lot of frank and fearless conversation to get there.”

By not working in the day-to-day running of the business, Wolseley takes a strategic role. “Other businesses might be bolted on to the existing business,’’ he says. “So across our portfolio at the moment of eight businesses, we have probably done 30 or 40 acquisitions where we have bought another competitor in another area and built the business by doing that.

“With that practice and experience that we have, that allows the CEO to spend more time thinking about how to grow that combined business and more time working with the customers and the suppliers to make sure that he is doing all the daily things required to grow the business. We can help do those project-based aspects that may otherwise be a distraction.

“Looking after the banks is another example. The CEO doesn’t want to have to be drawn into that if he doesn’t need it and our ability to help means he can continue to run the business. “

Creating care of governance and establishing a top line board is another priority. “We want to make sure we are putting in something that is useful to the business and not bureaucratic because we know when the next buyer comes along, they will value the fact that it is run well and that it has all the procedures in terms of reporting and monthly board meetings. It’s something the new owner will expect.”

With private equity backing the company, the management focus changes too. “It’s an adjustment for sure but the way we look at that is given the time frame of our investment, we need to bring a project management discipline,’’ he says. “The language of the business changes so there is probably much more discussion about milestones and the one or two critical measures that if everyone is talking about.”

That means there is more focus on yardsticks such as operations and profit targets. “With Cartridge World, for example, we might say this region has 700 stores, we want to have 750 by the end of next year, 800 after that after 900 a few years after that. We might say what the profit has to be by next year and the year after that.

“We would have to have that clearly defined and everyone agreeing on that and what the elements are that we need to build up to achieving that.

“People there will know that every single business decision will be assessed against the one or two critical measures and every single initiative is going to have targets and times at which the targets have to be achieved. Then it becomes a business where there is a high-performing team that focuses on results and not just being in business. The short investment horizon of three to five years does mean the business has to think far more carefully about its short-term and medium-term objectives.”