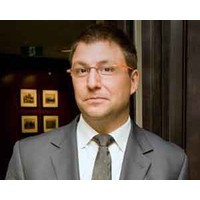 With $100 million in the bank, property management company, Servcorp (ASX: SRV), decided a few years ago to embark on a project of adding floors to its portfolio.

Today, Servcorp announced a net profit after tax of $14.8 million, up from $2.49 million in 2010-11. The company, which sells serviced office space at the best addresses it can find, has a market value of $294 million, and its share price rose eight cents when its results came out.

But most of the 62 properties opened in recent years are not yet contributing to the bottom line.

Chief operating officer, Marcus Moufarrige, says “At the time, there were a lot of opportunities in the United States and in the Middle East. We had $100 million in the bank and decided it was an appropriate time to spend it. We raised a bit more in November 2009. When the commercial real estate market falls apart, it is a great time for us to buy.”

Non-profitable properties and those that have been held for less than two and a half years or so are called “immature floors” by the company in its appendix to the financial results announcement to the Australian Securities Exchange.

The company has 45 immature floors. Over the past 36 months, the company has opened 62 floors, which means that 17 of the new floors are already profitable. (As soon as they become profitable, they are moved into the mature category).

The move into the US was Servcorp’s big push – there are 19 new floors there – and the company’s strategy is to get “bums on seats” in newly-opened buildings.

Servcorp lost $10.64 million in 2011-12 on these floors – less than it did the previous financial year, when the loss was $11.67 million. “We have given the US properties some extra time. I am sure everyone, including [US President] Barack Obama, would have liked to see the US recover faster,” Moufarrige says.

All up, the immature floors lost the company $27.98 million – a 32% improvement on the previous financial year.

Moufarrige says: “It is not fair to judge us from a key performance indicator point of view on immature businesses because we are maybe offering fantastic pricing to get bums on seats. So we separate the categories.”

The company’s mature business delivered good results – a 20% increase in net profit before tax to $37.31 million.

The company is still majority-owned by its founder and chief executive, Alf Moufarrige, and rumours of a private equity buyout are quashed by his son Marcus. “No, private equity would have a challenge trying to buy us, because the CEO still holds over 50% of the company.”

The total revenue for the whole company for 2011-12 was $200.7 million. “We are trucking along,” says Moufarrige. “We are happy with that. There is improvement since 2008-09, when commercial real estate took a beating and we did suffer at that time. We have seen an improvement in the mature floor revenue, not as much as we would like, but we are ready when that recovery does come.”

And when is he expecting a recovery?

Moufarrige says: “We are taking a conservative but optimistic view.”