Put up or shut up: Is 28 days enough for a takeover offer? 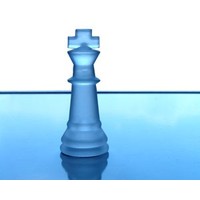 Is 28 days enough time to put together a takeover offer?

That’s the deadline Australian companies might face should Australia copy the UK’s ‘put up or shut up’ takeover provisions.

ASIC chairman Greg Medcraft has unveiled a range of possible changes to Australia’s corporate takeovers regime in interviews with newspapers. One of the proposals would see Australian companies forced to make a takeover offer within a certain number of days an approach to a target. Medcraft did not say how many days he would like to see, but the change was branded as “British style” by today’s financial papers. ASIC has not yet released any formal proposal or discussion paper.

The debate follows highly-publicised moves by James Packer, the chairman of Crown Casino, at competitor, Echo Entertainment, where he has been accused of trying to take over control without paying a premium to shareholders.

In the UK since September 2011, those who attempt a takeover have had 28 days to get their offer to a state of near completion.

Under section 631 of the Corporations Act, there is currently a two-month time limit for Australian companies that make an approach to put in a formal takeover proposal, explains Stephen Knight, a senior associate at law firm Minter Ellison. But it is possible to get around the clause.

For one, the two-month limit only applies to takeover bids and not schemes of arrangement, Knight says. Schemes of arrangement are a court-approved corporate mechanism that can be used in takeovers as well as a number of other reconstructions. Their advantage over normal takeovers is that they need a lower threshold of shareholder approval to be passed.

This leaves company boards open to having ‘bear hug’ or ‘virtual bid’ tactics used against them. Bear hugs are a strategy of pressuring the target to accept a takeover bid. The bidder makes a non-binding and highly conditional takeover proposal without prior warning. The board will then have to disclose the bid under their continuous disclosure obligations, leading shareholders to potentially pressure the board to accept the offer.

Under the UK’s regime, ‘put up or shut up’ rules have made bear hugs less effective, as should a bid be withdrawn, the bidder then has to wait six months before making another bid (unless they successfully apply for relief from the UK Panel on Takeovers and Mergers). A survey of 2011 mergers and acquisitions by Clayton Utz found nearly half (45%) of unsolicited acquisition approaches to publically listed Australian companies were bear hugs.

But is 28 days enough to realistically prepare a takeover offer?

Douglas Dow, an associate professor of strategy at the Melbourne Business School, says most takeovers take far longer than that to be put together.

“I broadly agree with a time limit so it’s not allowed to drag out too much,” he tells LeadingCompany. “But 28 days seems amazingly short to me given the things you have to do to put a proposal together.

“Most companies don’t even manage to pay their accounts receivable during that time period.”

Knight agrees 28 days doesn’t seem like much, but says we shouldn’t assume companies would be putting in approaches from a “standing start”.

“The 28-day period probably means that before making an approach the bidder will have to do more preparatory work,” he says. This could put an end to proposals such as the one recently received by David Jones, which was from a little-known private equity firm, EB Capital.

Other changes flagged by Medcraft include changes to the “creep” rule. It currently limits a large shareholder to owning 20% of a company after which they are forced to make a takeover offer, but they are allowed to increase their holding by 3% every six months over the 20% limit. The new rule would only allow a shareholder to buy 1% every six months, and limit their creep to 30% of a company, after which they would be forced to launch a takeover offer. The creeping provisions were used by Kerry Stokes (twice) to take control of companies without paying the premium for control associated with takeover bids.

Another change proposed is to change the continuous disclosure obligations encouraging companies to go into a trading halt if they are subject to takeover rumours. This could have been prompted by David Jones’ recent dalliance, which saw its shares rise 20% before the gains were wiped out the next week when the strange offer was withdrawn.