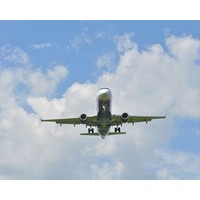 Competitive discounting in the airline industry is nothing new to the Australian public. The escalating rhetoric between Qantas and Virgin Australia strikes a familiar note. Their argument is not about profits, but market share. Virgin is challenging Qantas’ determination to hold 65% of the domestic travel market.

Growth strategy is a concern of leaders, but the choice of focus can be crucial. When should you focus on your profits, and when should you grow your market share – even if it means aggressively engaging your competition?

David Knowles, a partner at accounting firm, Pitcher Partners, says it is a short-term strategy for long-term returns.

“Focusing on market share is only worth doing for competitive advantage,” he says. “It needs to be strategic. It can be hard to know if that’s the focus or not from the outside [with Qantas and Virgin], but if it’s only for temporary returns, it’s not worth the money.”

“You can only focus on growing your market share as long as there are resources behind you to do that … there’s a limit to how long that strategy will work, because eventually you’ll need revenue to invest back in the business.”

Kwang Lim, a professor of strategic management at Melbourne Business School, emphasises that discounting in search of market share will impact the bottom line. “Even if both firms remain standing, it’s going to affect investors, their stock price, and their short-run profits,” he says.

Qantas and Virgin know this, and are unlikely to let their competition drag on for too long, according to Sriram Shankar, an economics lecturer at the University of Western Sydney.

He says some push by Virgin for market share was inevitable once it joined the business market. He says Virgin has a lot to gain, but Qantas a lot to lose.

But he says the war will ease, and stabilise with Virgin winning a bigger market share. “In the long run, they will reconcile, and have a tacit understanding on prices, as far as is legal,” he says.

But companies shouldn’t avoid fighting for market share. In some circumstances, having a large market share can in itself be a strategic advantage.

For example, Knowles raises technology companies. “They look for the first-mover advantage … they want to have sufficient clout that can have value later down the road, either for themselves or for others.”

“If you’re a cost-leader, market share brings you profitability,” he says.

“For example, we often talk about Wal-Mart. They’re a good example of a firm that uses market share to get to profitability. They have large volume at low margins, but because they’re selling so much, it becomes profitable.”

In some industries, large volumes can lead to economies of scale that can only be sustained with large market share.

Another way in which market share can bring profitability growth is in situations where companies build an ecosystem of complementary products. Lim says this is Google’s approach with its Android mobile operating system.

“Basically, they’re giving Android away for free to get back market share from Apple, in order to sell more advertising. Because they sell complementary goods, they gain market share by selling at a low price for one, then regain profitability by leveraging that in another market.”

Building up market share can also help companies eliminate their competitors, which can allow them to charge higher prices further down the road.

Qantas and Virgin Australia may be lowering prices strategically to keep out other players in the Australian domestic market, such as Singapore Airlines-backed Tiger Airways and newcomer Air Asia X.

But Lim offers another perspective: they both charge too much.

“You can make the case that maybe they’re just overpriced and have been for some time. If you look at other markets around the world, air travel has become cheaper and more competitive.”

“We could just be heading that way.”