Reddit’s community in meltdown: Three tips for managing a crisis 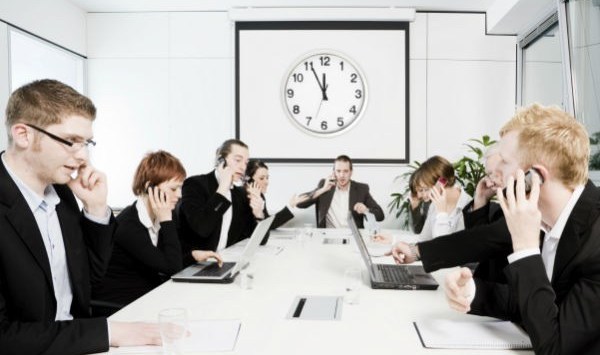 Social media platform Reddit has entered crisis management mode in the wake of mass protests that saw many of its messaging boards shut down.

Over the weekend, the website’s moderators made hundreds of messaging boards unavailable to the public because of the dismissal of Reddit’s director of talent, Victoria Taylor.

The dismissal was the latest in a long series of events that have angered Reddit’s users, including website changes and anti-harassment measures.

Reddit chief executive Ellen Pao has now taken to the platform’s message boards to apologise for the company’s “long history of mistakes”.

“I mean it when I say we screwed up, and we want to have a meaningful ongoing discussion,” Pao wrote.

Nicole Matejic, a specialist in crisis communications, told SmartCompany Pao has taken a “sound approach” to dealing with the company’s frustrated user base despite the blow-back.

“Organisationally, it could be an issue that’s been festering with their users for a long time,” Matejic says.

“It’s probably unravelled more than expected … now she’s giving them the opportunity to let the steam off a bit.”

Here are three lessons from the way Reddit handled its customer backlash.

1. Be honest with your customers

Instead of skirting around the issue, Pao immediately pointed out Reddit was in the wrong.

“We screwed up,” she wrote.

Matejic says when apologising to customers, it is important to not shy away from what went wrong. In fact, identifying the problem is the only way to tackle it head-on.

“Authenticity and being honest, being a person rather than a brand, is always going to be a good move,” she says.

2. Explain what steps are being taken to address the issue

Pao not only apologised in her statement to Reddit’s community but outlined how the company is going to improve moving forward.

Matejic says in her experience, this is a good tactic because managing a crisis well all comes down to actions not words.

“Anyone can talk, but the real proof comes from the action taken,” she says.

“Actually doing it speaks volumes to their credibility and reputation. Now the proof of the pudding will be them actually making the changes. They’ve said it publicly, so if they don’t they’ll head straight back into the hurt locker.”

3. Make yourself available for questions and listen to feedback

As well as outlining how Reddit was going to win back the trust of its online community, Pao encouraged people reading her post to share their feedback.

In addition, Reddit employees were on hand to respond to any comments and questions

Matejic says the most important lesson for small business owners to come from this incident is not to let issues fester.

“Deal with issues early, authentically and honestly,” she says.

“Don’t let them fester over the long term and then try to fix them, because you’re just going to make people angry over time. Have a conversation early, before everyone has a meltdown over it.”