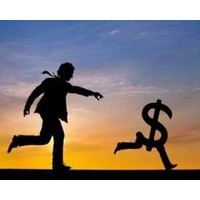 Today is the last day of the corporate reporting season. It hasn’t been the horror show that some commentators had predicted. We think …

Although profits are still being made and announced in this year’s season, many chief executives had very bad results to report. It’s a tough gig to stand up before investors and analysts and give the bad news, so companies find many ways to soften the blow.

We look at the tactical moves – legitimate, if a little edgy – that our corporate companies use to smooth our worried brows when the news is bad, and give us reason, however slim, to hope.

1. Set expectations a long way before the bad news is finalised, and then report the good news of achieving guidance

We understand that listed public companies are required to warn the market when they realise that profits or revenue will differ from previous advice. However, the spin merchants have been peddling hard behind the scenes to help leaders turn a bad result into a good news story – delivering within guidance. (Voila! We did what we told you we would do: deliver a terrible loss!)

When the news on the bottom line isn’t good, focus on something else.

Top of the results in BHP Billiton’s presentation was an improvement in its injury rate! Below that, the negative numbers flowed thick and fast to a sorry conclusion: a net profit fall of 35%.

A change of leadership is a tried and true way to help investors believe that the future will be different from the past. In this year’s season, the changes came before announcements, on the same day, and were also forecast for the future.

Among the leaders who fell, or left, or announced their departure this season include:

Even when the profits were down, this year, many companies chose to placate their investors by paying out a dividend. For example:

Among those companies whose executives took some financial pain are:

It’s an oldie but a goodie to reframe a net loss or a profit fall by focusing on numbers above the bottom line. This is done by identifying something as an exceptional occurrence. We agree that this is a legitimate way to analyse the underlying health of a company’s operations, but once again, the spin-masters can get a bit too enthusiastic.

We have spotted some new angles on the tired old excuse – labelling a big expense or loss an abnormal items.

Of course, we know this cost won’t occur again, or at least not with the same name.

? Statutory net loss of $222.9 million, due to non-recurring aggregation-related costs