Reserve Bank will sit on its hands as economy chugs along 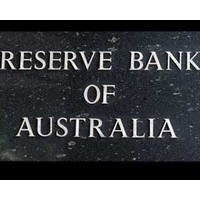 Judging by two public speeches from senior Reserve Bank officials yesterday in Sydney, don’t expect interest rates to be cut again quickly. According to the tone of both speeches (from deputy governor Phil Lowe and assistant governor Guy Debelle), the central bank is happy to sit tight with the cash rate at 3% and watch the progress of the economy as the 1.75 percentage points worth of rate cuts since November 2011 continue to work their way through the economy.

Thanks to the high dollar and high-saving consumers, inflation remains well in the bank’s comfort range, domestic consumption is growing?—?but not overheating?—?and there are tentative signs of those rate cuts starting to work. Europe’s woes have eased (despite the current Cyprus concern), but the economies in the region remain weak. The US economy is growing, China is still solid and sharemarkets have enjoyed a solid rise. Home prices in the US, Australia and several other countries are rising again.

Debelle told a Sydney audience Australian banks were continuing to fund themselves with ease domestically and internationally as the global financial crisis and then the eurozone’s problems eased. He said local credit markets had returned to normal, loan securitisation was growing again and would help cut funding costs for small banks and others that rely on securitising their loans to raise new funds:

“The market’s assessment of the likelihood of extreme outcomes has declined. The risks in Europe are still predominantly negative, but in China, the US and non-Japan Asia, the risks are much more balanced?—?one can even conceive of upside surprises! Australia’s financial markets have been influenced by these global factors. At the same time, domestic markets have benefited from strong international demand for Australian dollar assets. Local issuers continue to be viewed favourably by offshore investors looking to diversify credit exposures.”

And Lowe expressed similar sentiments to those by Governor Glenn Stevensafter this month’s board meeting, which left the cash rate steady:

“The available evidence does suggest that lower interest rates are doing their work broadly as expected. The initial responses to a loosening of monetary policy would be expected to include stronger asset prices, improved conditions in the housing market, a lift in consumer confidence and a lower exchange rate.”

In other words, the RBA can’t see a reason to again cut the cash rate. The economy doesn’t seem to need the added stimulus.

Lowe said an improvement in consumer sentiment and higher asset prices should lead to higher household spending. He said the RBA was monitoring non-mining business investment, which was one of the last areas to respond to rate cuts. That is the standard RBA policy line since the start of the year and was repeated in the minutes of the March 5 meeting, which were also released this morning:

“A critical question for the outlook is the strength of this expected pick-up in non-mining investment. There are some tentative signs of a lift in investment intentions outside the resources sector.”

Lowe (like Stevens) had a broader message for those at the conference and beyond: that there’s more to what is happening than the next movement in interest rates. He said he thought the economy was coping quite well with the pressures of the high dollar, the investment boom and cautious, high-saving consumers:

“Somewhat ironically, two of the factors that have created difficult challenges for many businesses over recent years?—?the high exchange rate and increased household savings?—?are the very same factors that have been critical to Australia’s good macroeconomic performance. These factors have helped Australia to digest a huge investment boom without generating substantial imbalances in the economy.”

According to Bloomberg data the Aussie dollar has averaged $US1.038 over the last two years (it was trading just under $US1.04 this morning), compared with an average of 72.3 US cents over the preceding two decades. The GDP figures a fortnight ago showed the savings rate remained steady at 10%, vastly more than the negative savings rate of a negative 0.1% in early 2006. Lowe added:

“Nowadays, there is a greater recognition that the high exchange rate is likely to be quite persistent and firms, including in the manufacturing sector, are adjusting to this. This adjustment in business processes and models is often painful. But the fact that it is occurring is one reason why the Reserve Bank has been tentatively optimistic for some time that productivity growth would pick-up from the low rates experienced over much of the previous decade.”