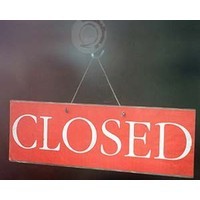 Retail Adventures was finally placed in administration over the weekend, but the company will live on through a new entity by shedding unprofitable stores and operating under a licence from administrators.

The developments follow weeks of rumours about store closures and entrepreneur Jan Cameron’s supposed plans to save the company.

Cameron was not successful. Just three years after buying the company for $85 million after an initial collapse, it was placed in the hands of Deloitte restructuring services over the weekend.

Deloitte was contacted this morning regarding the restructure, but none of the administrators were available before publication to expand on their statement.

“The licence arrangement is designed to allow the Crazy Clark’s and Sam’s Warehouse stores to continue to trade under a new management structure,” he said, adding this was necessary because Retail Adventures could not be restructured.

“We will immediately begin a detailed review of the financial position of the company and, as part of this, will review the performance of the 32 remaining Crazy Clark’s, Go-Lo and Chickenfeed stores.”

However, these stores are trading at “significant losses”, Deloitte said.

There are plenty of questions left unanswered, such as what happens to the current creditors, and the structure in which Discount Superstores will be “licenced” from Deloitte.

What’s clear is that hundreds of jobs are likely to go.

It’s a disappointing outcome for Retail Adventures. But it’s not surprising – the company and Cameron have made significant mistakes along the way. Here’s just three to be mindful of:

1. Paid too much for a troubled asset

Back in 2009 Cameron handed over $85 million for Retail Adventures. The problem was that this was simply too much.

Of course, it’s difficult to blame Cameron for paying that much before retail took a turn for the worst. But it was still a premium for a retail company, and at the time it wasn’t as if the industry was at its peak.

The problems with Retail Adventures can be traced over the past three years, but paying $85 million for a collapsed retail group wasn’t a great way to start.

2. Pursuing a discount strategy without understanding it

It would be hard to avoid discounting when your chain is built on the idea of low prices, but Cameron’s mistake was in pursuing a discounted offer at a time when retail was already doing badly.

With margins squeezed thin, there wasn’t any room to reduce them. Over the past three years, those margins have simply gotten thinner and thinner, with the company forced to offer even lower prices and make money through moving high volumes of stock.

That obviously hasn’t worked, and it’s a key sign Cameron didn’t understand what she was getting into. Discounting is one thing, but pursuing a strategy of discounting during a period of low sales is disastrous.

Cameron made some bizarre claims over the weekend about her staff, saying not only that former Harris Scarfe chief Robert Atkins had a “vendetta” against her and claiming he was sacked for sexual harassment, but that other employees had problems as well.

“Some (staff) had a strange desire to run me out of money, thinking the company would get bought by the next sucker and they could continue on with their cruisy ways,” she told The Australian.

Staffing problems will always drag a company down. An inability to complete a major review of all staff and then replace those necessary is a key factor in Retail Adventures’ turmoil – and a trend that will be crucial to reverse if it is to survive.