Retail is super for some: What Peter Birtles is doing right 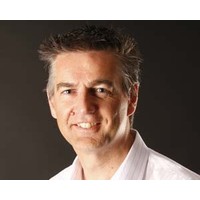 Peter Birtles has a word of warning for leaders in the retailing sector.

The managing director and CEO of Super Retail Group (ASX:SUL), which grew sales by 51.4% in 2011-12 to $1.65 billion, says the retail leaders who are publicly negative about retail are hurting their own staff. “Leaders who have publicly talked about how retail is so difficult and challenging, and how this is the worst time for the last three years, need to remember that it is not just the media and public who listen; it is your employees,” Birtles tells LeadingCompany. “If you send a message out saying life is hard, it is very difficult for your staff to come to work saying, ‘I can really make a difference’. An important part of leadership is to give your team a sense of, ‘Hey this is how we will work through the difficult times’, and to ask them, ‘What are your ideas about it?’ ”

Net profit after tax grew by 50% to $83.5 million at Super Retail Group, in part driven by good initial results from two acquisitions made in October last year – Rebel Sport and Amart All Sports – from private equity group, Archer Capital.

All other measures – earnings per share, dividends and post-tax return on capital – also rose pleasingly. The company employs 11,500 staff.

Net debt grew substantially as well, from $73.5 million in June 2011, to $341 million at June this year, most of which went to fund the Rebel and A-Mart All Sports buys.

However, the group’s current chairman, Robert Wright, noted in the annual report that debt was “comfortably within” the group’s $500 million facility.

From family business to listed corporate

The company, started by Reg and Hazel Rowe in 1972 as a home-based mail order auto accessories business, managed a transition from family business to corporation in 1996, when Reg stepped down as managing director and became chairman.

Birtles took the top job at Super Retail Group in January 2006, after five years in the company as its chief financial officer. It was a time of big growth. The company’s revenue grew from $100 million to $500 million in the few years between 2000 and its listing on the Australian Securities Exchange in 2004. “The growth was largely delivered through opening new stores,” Birtles says. “The performance of the business in terms of like-for-like sales growth was nowhere near as strong. In fact, it was negative when I took on the job. We needed to change the focus of the company to put ours efforts not only into new store growth but on improving the performance of existing stores.”