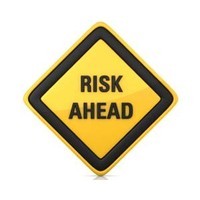 The unstable global economy poses serious challenges to both companies and pension funds. Nowhere has this been more obvious than in the area of risk management.

Rapidly changing global conditions have been particularly disruptive to the more precise risk management methodologies that enjoyed the high watermark of confidence levels during the period of macro-stability after World War II. At that time, extraordinarily stable conditions provided an environment that lent itself to mathematical applications and the ability to forecast with higher degrees of confidence, notes Andries Terblanche, a professor at the Australian School of Business and chair of financial services at Big Four consulting group, KPMG.

Of course, the world has changed. Significant among the financial and economic changes have been a big increase in the number of floating currencies, a significant growth in the use of derivatives, higher levels of public debt and an increase in global capital flows, aided by new technology.

Post-1970, more than 15 globally significant economic meltdowns have occurred, but not one was satisfactorily predicted by mainstream financial models, observes Terblanche. Yet risk continues to be calculated mathematically with assumed levels of confidence. “The expectation that the maths will tell us everything we need to know is simply no longer valid,” he says.

Terblanche suggests that volatility assumptions and correlations used in risk models should be adjusted more frequently going forward. His views are consistent with those of Andy Haldane, executive director for financial stability at the Bank of England.

In August, Haldane made headlines around the world with a riveting speech at the Federal Reserve Bank of Kansas City’s 36th economic policy symposium. He told a group of central bankers that the rules governing risk in financial institutions have become so complicated they should be thrown away. He called for regulators to go back to the drawing board.

“We’re complicating matters when the right way forward is to keep things simple,” says Haldane, warning against layering complexity upon an already too elaborate set of rules. What should be happening is the opposite. The regulatory solutions being planned so far won’t prevent another financial crisis. “Applying complex rules in a complex environment is a recipe for catastrophe,” he stresses. A rules-focused approach is potentially compounding the error when there should be a greater reliance on judgment.

Haldane’s speech was titled The Dog and the Frisbee and it has sparked a new way of looking at risk – or, arguably, a return to an old approach. Haldane uses the analogy of a dog catching a frisbee to make his point. Dogs don’t stop to consider the aerodynamics that make a frisbee fly, such as wind speed, or air resistance; they just instinctively know to run at a speed that keeps their angle of gaze to the frisbee constant. Baseball players and cricketers use the same rule of thumb.

“To ask today’s regulators to save us from tomorrow’s crisis using yesterday’s toolbox is to ask a border collie to catch a frisbee by first applying Newton’s law of gravity,” says Haldane. The solution is to focus instead on the root causes of financial disasters. The more this view is obscured through voluminous legislation, the more likely that mistakes will be repeated.

Terblanche similarly believes that obsessing about detail is not the solution. “The more we obsess about technicalities and mathematise solutions, the more we run the risk of missing the obvious – something that could adversely affect the very objective of our risk modelling,” he says.

Haldane is a strong advocate for a return to behavioural finance, a lesser-known, controversial branch of academic thought that took hold in the 1990s. Behavioural finance theory purports that people do not behave rationally but are swayed by psychological and sociological factors. It undercuts the idea that capital markets are efficient and spurns the view that future outcomes can be predicted in a highly complex and interconnected world where the number of risks is infinite.

Haldane points out that the largest super-computers cannot compute many more than 10 moves in advance. Chess grandmasters are unable to evaluate fully more than five chess moves ahead. “Yet most real-world decision-making is far more complex than chess – there are more moving pieces with larger numbers of opponents evaluating many more moves ahead,” he says.

Risk is conventionally taken to refer to an exhaustive range of outcomes for which probabilities are defined. However, Haldane maintains that the uncertainty now facing the world presents different circumstances. With uncertainty, the range of outcomes may not be known, let alone the probability of them occurring. “Defining future states of the world, and probability-weighting them, is beyond anyone’s ability,” he says.