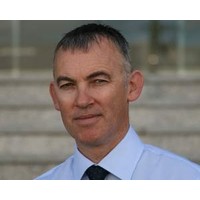 “We are tired, but excited,” says Roger Jowett, the CEO and part-owner of Hastie Services Group, a new entity born from its dying parent, Hastie Group.

Jowett is referring to the deal sealed yesterday. He and three other former Hastie Group executives signed up with private equity companies Allegro Funds and Macquarie Funds Management to rescue three subsidiaries of the stricken Hastie Group, which is now in administration.

The group went into administration in May, owing more than $500 million in loans and performance bonds, after $20 million in accounting irregularities came to light.

The two equity investment funds and four executives wrote cheques big enough to buy out the debt providers, almost certainly at a significant loss, and to leave the new entity with working capital. With banks smarting from their losses, raising debt was unlikely to be an option.

Although Jowett will not disclose the amounts involved, he says: “We are very comfortable with the working capital and the opportunity going forward.”

The new company will ditch the Hastie name and rebrand. Fortunately, 60% of the business doesn’t use the Hastie brand, Jowett says.

“The businesses are not broken, but they are not world class,” Jowett says, explaining the reasons the executives believe in the company’s future. “Allegro have the turnaround label, and we wanted some partners who could bring operational expertise as well as finance. There is significant uplifting to do both in the supply chain and in operational efficiency, and they bring proven experience.”

Jowett also brings proven experience in working with private equity partners, a factor that he believes helped seal the deal. Jowett was chief operating officer at Signature Security Group, which was 95.4% owned by listed private equity company, Oceania Capital Partners (ASX:OCP), and which sold for $171 million to Tyco International Security Group in mid-2011.

Allegro, which started in 2004, has $300 million under management and has made five investments and two exits. Its two founding partners, Chester Moynihan and Adrian Loader, were company founders of Quay Capital, the predecessor of Allegro.

“I know how the model works, and have had a successful experience,” says Jowett.

The executive team is experienced, but not entrenched in the business practices of the parent company. Jowett, whose background is in the security and fire sides of the operation, joined in August last year. “We have a refreshed management team, a new finance team who are quite new and fresh.”