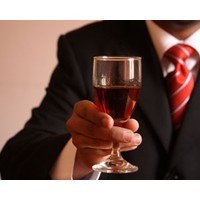 Spanish bank, Banco Santander, is pulling out of the Australian market after over 20 years. It is one of several European banks to withdraw, removing $34 billion of lending in the past nine months, according to a report in today’s Australian Financial Review.

This comes at a time when chief financial officers are feeling less optimistic about the economy and their companies’ prospects than they were even a few months ago, according to a recent report on CFO sentiment by accounting firm, Deloitte.

“Our most recent CFO survey finds optimism slipping back into negative territory,” the report says. “There is a lower appetite for mergers and acquisitions and appetite for risk has sunk to its lowest level since the survey began. CFOs’ forcasts for capital expenditure, operating margins, discretionary spend and hiring are all down.”

CFOs – and their equivalents in mid-sized companies – worry that lack of competition gives banks the upper hand with businesses, at least in theory.

Now is the time when leading companies that have clever strategies to maintain their relationships with their bank managers will gain a competitive advantage.

How much is too much?

Hall & Wilcox Lawyers is a mid-tier law firm with 35 partners, and an overdraft.

Hall & Wilcox provides legal services to the bank, so the relationship is more reciprocal than most. But Perera says all bank customers can explicitly use their ability to refer business to their bank as a means to keep the relationship ship-shape. “We have a good relationship with the bank, and we make sure we are advocates for the bank to our clients,” Perera says. “We keep a record of referrals and, remind the bank that we have been an advocate. Be open and bold about referrals,” he advises.

Perara puts a lot of effort into the relationship with his bank. He talks monthly on the phone with the bank’s account manager. “We talk about how our business is going, any trends affecting our business. They call – it’s all part of their service.”

Perera meets the bank manager in person every couple of months to elaborate on the phone calls. These are brief meetings and conversations if everything is going well. If not? “We would go through any scenario planning we have developed, and communicate that to the bank. We demonstrate we are on the front foot about the effect of a downturn or an upturn on us.”

The firm provides quarterly financial reports to the bank.

Deloitte managing partner in Victoria, Geoff Roberts, gives a clear illustration of the priority CFOs in listed companies need to afford their banks. “If the bank has lent your business $500 million, allocate as much time to them as you would a $500 million shareholder,” says Roberts, who was group CFO for financial services firm Axa Australia, which sold for $14.6 billion last year.

Many listed companies fail to treat debt providers on a par with equity investors, he says. “In most big corporations, if a $500 million shareholder rang and asked to meet, you would do so. Why treat a debt provider any differently?”

Invite the bank manager to the company’s investor briefings, and to view half- and full-year reports. “With regular touch points, they are fully informed and then more responsive. If they want more, and request a meeting, you need to be responsive to that.”

Large private companies need to work a bit harder, and provide regular financial reports even though they don’t face the same regulations as their listed counterparts, Roberts says.

When banks woo you

Robbie Cooke, the chief executive of online accommodation booking provider, Wotif, meets his bank manager every few months, even though Wotif has no debt. In fact, it has a lot of cash that the bank invests, typically in term deposits, on its behalf. “We are a bit lucky,” he says.

So why try so hard? Cooke recognises that the bank is critical to his company’s operations. Every Wotif sale is made by credit card, online, and the cash investments are crucial to the way the company sets its prices.

Wotif’s CFO, Gordon Timm, talks to the bank at least once a day, Cooke says, and meets its representatives in person regularly too.

Love me tender … or not

Hall & Wilcox’s Perera says the firm advises its clients against putting their banking services to tender – a strategy that can work for small companies. “Quite the opposite,” he says. “We advise our clients to develop deep, long-standing relationships with banks. CFOs need to communicate to the bank that it is a long-term relationship, and you expect to give and receive open and honest feedback.”

Perera says when he feels the bank’s service standards are slipping, he says so.

Cooke says he has never put the company’s banking services to tender, nor would he do so. Wotif is regularly approached by other bankers keen for the company’s business. Cooke says: “We are an attractive client for a bank, and our existing bank knows that.”