Rumours of Netflix expanding to Australia are rife, but local business Quickflix is not perturbed 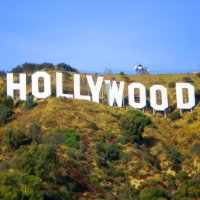 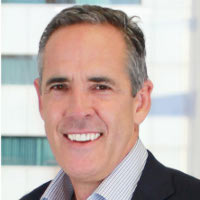 Rumours constantly circulate that US television and movie subscription giant Netflix is on the verge of stamping its footprint in Australia.

The market dominator clocked 44 million subscribers in the fourth quarter of the US 2013 financial year, of which it added 2.3 million US subscribers in December alone, Time reports.

Known for bankrolling content that it exclusively releases, such as popular series House of Cards, Netflix sets the standard that other players want to emulate.

Stephen Langsford, 50, the founder and chief executive of ASX- listed Quickflix, billed by some as Australia’s answer to Netflix, does not reveal any worry about rumours of Netflix hitting Australian shores.

Since launching Quickflix in 2005 for the Australian and New Zealand markets, Langsford has focused on building subscriptions, content and device compatibility. Despite DVDs battling popularity against downloads, the business still posts out 20 million DVDs to subscribers each year, for a set monthly fee.

Revenue for the quarter was $4.8 million, a drop of 5% on the previous quarter, with investment outflow at $0.93 million.

“We are still very early in the market in terms of the potential penetration,” he says.

While DVDs are still the bulk of business, Langsford says “the future is streaming”, with Quickflix subscribers streaming six million movies in the past year, an increase of 60% on the previous year.

It’s small fry compared to Netflix, but the reason Perth-based Langsford is so cool-headed about a potential threat could stem from his previous business triumphs.

“I have a background in the internet,” he explains. “I had a couple of successes in the dot com period at a web development company and another systems integration company.”

Among these business successes was internet development group Method + Madness that got snapped up for $10 million by Sausage Software, known later as SMS Management and Technology. He later founded Change Corporation, an IT consulting business that was sold to CSG Limited for around $26 million.

“Post dot com I was approached by a friend in the US, who was ex-eBay, who said there is a site called Netflix, you should have a look at that, and you might make a go of it in this country, so that was my entrée into Quickflix,” he recalls.