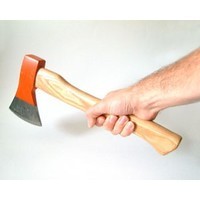 The panic call came that a major competitor had been taken over by a top-100 ASX company.

And the price was between three and five times what anyone thought the business was worth.

The reaction was a funk among our managers and workers that they obviously knew something we didn’t so we had missed the boat and were going backwards.

So my task was to lay out an immediate response. First: everyone get even closer to their customers, with their ears open. Second: we reassure staff we knew where we were heading. Third: use informal networks (sports, fishing, schools, church) to tap into what the managers and staff at the competitor knew and were feeling.

The immediate reaction from customers and competitor staff was confusion. So we just quietly emphasised our steadfast direction and stable service.

Then, over the next few months, came – mainly from customers we shared – news of disruption. Major changes were under way. From the competitor’s staff we started to hear major cuts to operational managers and supervisors.

This was confirmed when some quietly applied to us for jobs.

The top-100 company decided to cut out all operations managers and supervisors so field crews reported directly to senior managers. Sounds good, but overlooks the key issue in mining services of unpredictability in geology and weather. To get the most out of crews and several million dollars worth of their gear, experienced operations staff often need to make often gut decisions on whether to keep working, pull back, or negotiate a rework with often-antsy mining company execs under lots of pressure.

To compound the situation, the top -100 company decided, bravely, to switch from the well-proven Japanese-sourced component used by all providers, to an alternate from their associate in China.

And they pinged off the remaining ops people and field crews by delivering big slabs of centralised occupational health and safety rules that were not practical, varied from the tough but accepted mining company books, and treated them like babies. These fellas don’t like sucking eggs or having to count aloud as they descend a ladder.

Disaster. The new component failed regularly and they did not have the experienced, hands-on, operational superintendents and managers to react quickly. Head office accountants don’t have the field experience to take the calls at 1am and have the tradie backgrounds to rustle up a workable fix.

The result is the competitor lost contracts with one of the top-three mining giants, and it is losing more key operational people and skills.

The layers of field experience and often informal networks of operational people and suppliers is a delicate network, especially when an industry such as mining is on fast growth. How people relate is a key to how productively millions of dollars of equipment works. This is teamwork as finely tuned as a good footy team which is why footy coaches are much-prized heroes used to educate and firm up our teams.

It is too often forgotten by financial gurus long from the field where the actual work is done.