Seven future trends your business needs to be aware of 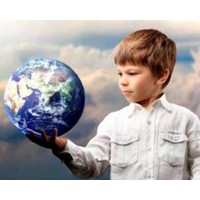 Thomas Frey is a futurist. It’s his job to predict the future by identifying emerging global trends.

What Frey does might sound a little like fortune-telling but spotting new trends is an important way of ensuring your business is well positioned for the future.

Frey spoke to SmartCompany from the United States ahead of his upcoming visit to Australia for the Ci2012 conference.

Here are his seven predictions for the future:

At the moment the average 30-year-old person in the United States has had 11 different jobs.

Frey predicts the average 30-year-old just 10 years from now will have worked on between 200-300 different projects.

“The internet and the communications systems that have evolved out of the internet have enabled us to align the needs of a business with the talent of individuals in a far more precise way than ever in the past.”

“This type of piecemeal work actually sits very well with the thinking of the younger generation,” Frey says.

Ironically, Frey says the younger generation find security in being able to do this because they don’t want to end up like their parents.

Generation X and Y look at their parents who have jobs for long periods of time and then the jobs go away and they’re devastated and can never quite get back on track again.

“The idea of being able to jump from job to job to job meshes very well with that thinking,” he says.

Project-based working also fits in with other trends in the business world.

Businesses have an obligation to hire the fewest people that they can get away with and governments around the world continue to add regulations for businesses, making it more difficult for them to hire additional people.

“As the overhead costs of each employee continue to go up businesses are looking to circumvent the traditional hiring process, and so this idea of bringing people on in a project basis tends to mesh very well with that,” he says.

Frey predicts project-based working will become a “critical component” in the way businesses are formulated and will work in the future.

Rather than workplaces, Frey predicts there will be business colonies.

With a lot of people doing project work they will have difficulty lining up one project after another after another so business colonies will be the solution.

Frey describes the colonies as “kind of an evolution of our current co-working spaces that we have today”.

He predicts business colonies will work how the movie industry has worked for years.

When the movie industry starts a new movie project, it will bring on writers, directors, actors and crew. All these people come together for the project and once that project is over they move on to another project. Frey says business colonies will operate like this.