Shady tactics in construction land: Inside the shadowy world of IR consultants 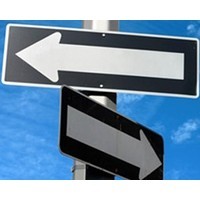 On February 5, Grace Collier, an IR consultant contracted by builder Tedra, negotiated her way past the picket line at the City Water West project at Werribee, on Melbourne’s outskirts.

She wanted to prove that the Australian Manufacturing Workers Union had something to do with the people who were picketing the site.

These people, intriguingly, are not members of the AMWU. Rather, the AMWU says they’re local unemployed workers, and that the union has nothing to do with the strike. This means legal orders to halt the protest do not apply to the people actually protesting, who continue to block the site. In response, Tedra has helicoptered people to work.

Collier was doing what IR consultant are paid to do: end the impasse. Collier spoke to union official Nick Mavroamatis, who she aimed to extract an admission from, recording the exchange.  She did this by placing a microphone in her underwear, according to an affidavit filed with the Federal Court. The transcript of the recordings, which a preliminary ruling found did not breach Victoria’s Surveillance Devices Act, has not been admitted as evidence, but reports say Collier taped Mavromantis saying:  “Grace, give these blokes a job and the picket will end…I will give you certainty, absolutely.”

It was a step too far.  The presiding judge, Shane Marshall, was not impressed with the use of the recording device. “Did she think she was in a James Bond movie or something,” he reportedly questioned.

In an interview with the Herald Sun, Collier defended her actions.

“The reasons for the actions that I took were valid reasons. Those reasons will eventually be disclosed through the court process,” she told the newspaper.

“I am industrial relations consultant. I work for employers and also represent employees. On a daily basis I would speak to five people who have been sacked or are distressed. I tend to deal with both sides.”

Collier, a former unionist herself and now a columnist at The Australian Financial Review, is one of Australia’s highest-profile industrial relations consultants.

She’s far from the only one. Though not widely reported on, such contractors are a key player in Australia’s industrial relations landscape.

LeadingCompany spoke to several industrial relations experts who didn’t want to go on the record about the use of such contractors. They said IR consultants (some call them “strike-breakers” or “union-busters”) are there to do what lawyers can’t.

IR consultants are far cheaper than lawyers, and thus ideal for supervising day-to-day activities on a worksite. And lawyers would be useless doing the work IR consultants anyway, one source said. IR consultants generally specialise in a particular industry, boasting strong contacts and inside knowledge of how workplaces function. They’re there to make sure employees do what they’re meant to.

While they’re used in many industries, in the construction industry – notorious for its powerful unions – they’re seen as especially crucial.Without them worksites would quickly spiral out of control, a source with knowledge of the industry explained. For example, workers in the construction industry know that small, intentional “errors” while dealing with concrete can add thousands to the cost of a project. The source said that, if allowed, many construction workers use such tactics to boost their leverage when negotiating with bosses. The IR consultants are on-site, making it clear that such tactics are off limits.

Cementing their place is a strong tradition in industrial relations proceedings of doing things without lawyers. Under the Fair Work Act, the default representatives of those facing the tribunal is either a union or an employer organisation. Claimants must ask permission to be represented by a lawyer, which is usually granted.

A legally-trained industrial officer expressed concern at the lack of qualifications of most IR consultants. He said many didn’t keep up with changes in industrial relations law, resulting in them giving inaccurate legal information to clients.

“They’re not legally trained, and they aren’t aware of their obligations,” he said.

“And there’s very little regulation of the sector, particularly because a lot of unfair dismissal conciliations are done by telephone. You could start one of these businesses anywhere in Australia and you’d get customers.”

IR consultants have been around for a long time. Justice Marshall’s colourful turn of phrase has landed Collier in today’s papers, but under the surface, IR consulting continues to thrive.