Should you ever advertise on a weakness? 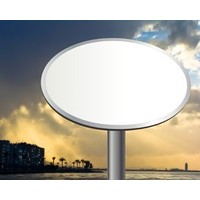 The leaders of Australian coal miner Xstrata are probably ruing the letter the company sent to influential blogger Tim Burrowes demanding that he take down a YouTube video embedded in one of his articles, published on Mumbrella.

The video was part of a news report he had written about an ad parodying Mining Australia’s ‘Mining: the real story’ campaign. The original ad featured Xstrata’s environment and climate change manager in New South Wales, John Watson, talking about his employer’s efforts to improve its water usage practices. The parody took the images, but satirically revoiced them to highlight the environmental damage caused by mining, and to ridicule the approach the peak body took to addressing critics.

In true new-media style, Burrowes posted the letter from Xstrata’s legal counsel, and his response. He complied with the request, in a way, by saying he did not want to become a test case for the legal responsibility taken when embedding content created by others. He changed his embed to a link. And more people watched it.

The ad was first parodied several months ago in a campaign by the Australian Manufacturing Workers Union. It was deleted from the union’s YouTube account in early December, but re-uploaded by another user last week. Through the Mumbrella article and subsequent coverage in Fairfax publications, as well as the Twitter contagion, the video gained thousands of views. But it has now been removed again.

The saga begs the question: did the mining industry invite this on itself by making an ad that advertised its weakness? Mining isn’t praised by environmentalists, but most Australians would acknowledge its centrality to the economy. Why release an ad that talked about the environment, when it could talk about jobs growth or contribution to taxation?

Mark Ritson, a professor of marketing at the Melbourne Business School, tells LeadingCompany advertising on a weakness is always a high-risk strategy. But he says it’s often worth it for companies if they have little to lose.

“By saying nothing you’re giving a negative reaction to consumers and stakeholders,” he says.

“Sure, it’s risk to try to change perceptions … or if not reverse a perception, at least present an alternate view. But when the negative attributes are doing you damage anyway, the potential harm is small.”

Ritson offers the example of BP following the 2010 oil spill in the Gulf of Mexico. “BP went on the front foot in America. They took out ads saying they took what they did seriously.”

“Obviously it drew attention to their weakness. But the negative perceptions were already there, it was already damaging them.”

Whether or not getting the parody taken down was worth the traditional and social media backlash for Xstrata, it seems Mining Australia bringing up the environment in its advertising isn’t a stuff-up.

“The miners are doing the right thing, although it is a risky strategy,” Ritson says. “To do nothing increases the harm of negative perceptions.”