Should your company hire a brand evangelist? 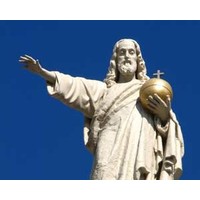 The emergence of the social web and the increasing popularity of real-time platforms such as Facebook and Twitter have led to companies creating a new internal position that looks after not only the day-to-day goings-on of social media but also how it’s handled strategically within the organisation.

Then, as companies woke up to the fact social media was much more than simply banging out the odd tweet or two, and that it involved listening, responding, creating content and massaging metrics for internal reportage, the savvier organisations started developing more dedicated resources around the role. I saw one recent job ad for a social media manager where the salary was about $90,000, so things are getting serious.

Whether the role should be filled by a young person who ‘gets’ social media or someone older with runs on the board and bruises on the knuckles is a point that’s been hotly debated in recent weeks: 11 Reasons why a 23-year-old shouldn’t run your social media and Why every social media manager should be under 25.

Regardless of their age; someone who is passionate, sociable, can write efficiently, understands the power of stories, is savvy when it comes to the basics of issues management, and is sufficiently ‘zen’ in their demeanour to ignore senior managers who claim that “social media is a fad – who wants to know what someone ate for lunch?”.

Oh, and this person doesn’t necessarily need massive followings on Twitter and Facebook but they do need a high degree of social proof, and by no means does it hurt if they’re an avid blogger who actively participates on the social web for free because they love it!)

However, I see the establishment of this position as a potential catalyst for companies to take it up a notch and potentially recruit someone who not only understands (and can execute) strategic social media programs, but who is also a whiz at telling stories, a demon at creating multimedia content, and who can, in effect, be a quasi cheerleader or ambassador for the brand.

I’m thinking a ‘brand evangelist’, for want of a better term (I’m not enamoured with the title but hey, it helps me tell the story) – something of a multi-disciplinary, hybrid communications role.

Now, this role would vary considerably from organisation to organisation but the spirit of it is to employ a person who interacts with the marketplace and tells the company’s story via the plethora of mediums available to us today.

The role would encompass a raft of diverse activities such as creating video content for the company, helping to put out fires in the Tweet stream, producing an internal podcast radio show, holding Google Hangouts with the broader community to debate industry issues, speaking at conferences, holding roundtable discussions (which can be filmed and used as content), attending sponsored events in an official capacity, managing relationships with bloggers and helping lift the profile of the company’s in-house experts through various social media channels.

Importantly, the person in this role would be charged with helping to bring the silos of an organisation together for the sake of a cohesive social media program.

In essence, this is a public relations role because all of the above activities fall under a ‘modern’ PR remit. However, that’s not to say a traditionally-trained PR person would be right for the job, either.

Essentially, the person undertaking this role needs to fulfil a number of functions: part-PR, part-content marketing, part-social media and part-customer service. It’s an interesting hybrid, but one that could play a hugely valuable internal and external role in the ‘right’ company.

While perhaps not 100% fitting this hybrid role, Ford’s global head of social media, Scott Monty, is an excellent example of a de facto brand evangelist by the sheer fact he’s on social media day in, day out, representing Ford.

He’s more than a community manager or social media strategist, although both those functions variously fall under his remit. His role appears to cross numerous boundaries to the point where he has become something of a spokesperson for the company. Food for thought.