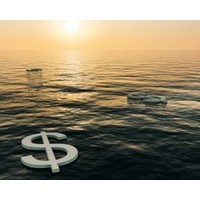 When former Fairfax journalist Paddy Manning criticised The Australian Financial Review last month for “creeping advertorial”?and an “inevitable pro-business slant”, he was promptly dismissed from his role at sister newspaper The Sydney Morning Herald. But Manning’s comments certainly don’t appear to have had any effect on The AFR’s treatment of its new plaything, the upcoming float of the “exciting” web business iSelect.

Writing for Crikey, Manning noted that “too often – even for many of its own hard-pressed reporters’ liking – the result is PR-driven ‘churnalism’ which shows up as ‘drops’ (the poor man’s exclusive)”. Perhaps coincidentally, The Fin, and especially the Street Talk gossip column, has delivered scoop after scoop about the impending iSelect float. Most of the scoops aren’t especially newsworthy, largely centring around investment banker mandates for the $500 million float, and whether Mi9 would sell its stake in the business – to which the answer is a very obvious “yes”.

It appears the co-operation between Mi9 and iSelect with The AFR was rewarded with a full-page glowing spread by Jemima Whyte, which noted “floats are suddenly looking attractive and even those who aren’t entirely convinced about some aspects of iSelect’s business admit that this float will probably shoot the lights out”. The praise didn’t stop there. Whyte continued “it’s a new growing industry in its infancy in Australia that has experienced rapid growth in recent years”, before getting quotes from investors in the company and Mark Fitzgibbon, the highly paid boss of NIB, who advertises on iSelect.

But the reality is iSelect, while brilliantly run so far by former stockbroker Damien Waller, isn’t exactly experiencing rapid growth. The company announced earnings increased last year by less than 10% (from $24 to $26 million), which is more indicative of a utility than a booming tech business. Then there’s the competition element, which is quietly being played down by iSelect (but no doubt has played a role in the timing of the float).

While iSelect has been exceptional in building a strong brand in Australia (aided by the presence of Mi9 on its share register), it is being challenged by successful British firm Compare the Market. Currently iSelect is the 898th most visited site on the internet according to web information site Alexa – but in just a few months, Compare the Market has jumped to 1671st and is fast gaining recognition with its acclaimed Compare the Meerkat television campaign.

Despite the slow growth and competition risks, the valuation range published by co-lead manager of iSelect’s float, Credit Suisse, is $414 million to $511 million for the young company, representing a lofty earnings multiple of more than 20 and an enterprise value to EBITDA multiple of between 11 and 14. This sky-high valuation puts the slow growing iSelect on par with some of Australia’s best tech businesses, like Seek and Wotif.

Perhaps most concerning for iSelect’s owners isn’t necessarily its slow profit growth, but the fundamental problem that iSelect doesn’t provide an especially good function to customers. This is because its key business, acting as a broker for health insurers, is largely a pyrrhic, as Australia’s two biggest insurers – Bupa and Medibank (which, as Whyte noted, account for 60% of policies written) don’t advertise on iSelect. It’s hard to be an honest broker when the two biggest players in the market by a long way won’t advertise their products with you (it would be like Webjet not including Qantas and Virgin in its search results).

Any investor considering purchasing shares in the iSelect float will be looking at the growth potential of the business and its current return on equity. Aside from tepid profit growth last year, Mi9 offloading its entire stake in the business gives a very powerful message – it would only be selling its entire stake in the business if it believed the company had reached a sort of terminal velocity. Similar to when Peter Thiel sold virtually all of his stake in Facebook prior to and during the company’s float or when TPG sold its entire holding of Myer before its IPO. Those sales confirm what the smart money has known for a long time – floats are a way of transferring wealth from outsiders (people buying shares) to insiders (people selling them).

That’s not to say iSelect is a bad business – far from it; Waller and his team have done a remarkable job at virtually creating a new online segment in Australia, and have marketed the brand exceptionally well to become one of the largest insurance brokers in the country and a household brand name. But that doesn’t mean its float will “shoot the lights out”. Facebook showed that even the very best businesses can disappoint investors. Just don’t expect to read that in your daily paper.

Adam Schwab is the author of Pigs at the Trough: Lessons from Australia’s Decade of Corporate Greed. This article first appeared on Crikey.