Skills and empathy count more than lingo in Asia 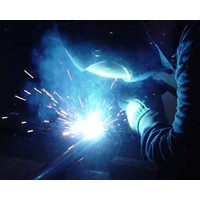 That a proper Aussie burger with pineapple and beetroot is available in a number of factory towns in China says more about real Asian success than language.

As usual, overlooked in the Asian engagements reports, like the recently astoundingly expensive but shallow one launched this week, is any understanding of what happens on the ground.

In the many super-highrises along Nanjing Road, outside Shanghai, are hundreds of large and serviced offices of Australians engaging commercially with Asia. They’re increasingly visited by boards and CEOs, and they’re served by huge translation, legal and accounting services and hugely pricey bars.

But in the giant and distant factory cities, towns and estates across China, are the real frontline of Australia’s engagement in our fast-growing economic and cultural partner.

There on the factory floor, in engineering offices and logistics centres is a swarm of Aussies. Along with Kiwis and Brits and some South Americans, they are highly regarded as effective, down-to-earth managers by both Chinese and global corporates.

And this is for reasons totally missed by the Australia in the Asian Century White Paper and previous reports.

The flexible minds, perhaps being a bit anti-establishment, and a broad range of technical skills, plus a more genial, non-threatening culture of Australians explain a lot of the success.

As a number of German and US companies have found, some of their rigid management systems and hugely intelligent and well-trained but rigid managers do not do so well in the Wild East.

I have seen a German manager, who spoke excellent university Mandarin, crushed by the freewheeling ways of a central China factory. He was replaced by an English engineer, nowhere as competent in corporate or engineering terms, but a broader thinker who developed empathy with managers and workers. Watching Chinese workers in their weekly cricket match in an empty production hall was bizarre, but apparently effective.

Or a factory with a 70% rework rate sending a major US corporate nuts, where three Aussies turned up, changed into King Gees and headed to the production halls. After a few days with zero Chinese beyond nihao (‘hello’), they gathered the 60 production engineers and hundreds of production workers and did a Paul Hogan: “That’s not a weld. This is how you weld.”

They spent nearly a year on the floor, to the amazement of the Chinese chief engineer who had worked with several American and Japanese engineers. Beer time was introduced on Friday arvo, pretty cheap with 10-cent pannikins of ersatz Fosters (remedying why they lost a fortune in Wuxi –too many growth strategy reports and not enough reality of how cheap worker beer is).

After a year, Wayne’s team spoke perhaps 200 rough words of useful workshop Chinese, but the rework rate was less than 10% and a very happy US corporation sent the team on to other troubled operations.

Empathy with workers who haven’t seen much of bosses, except to get backsides booted and wages denied, is a powerful management tool in the Wild East. But that requires some technical skills to show ‘feilo gweilo’ has credibility on the factory floor, as well as humility to just chat and joke like workers do on any workplace from Augsburg to Dandenong to Pittsburgh to Xian.

Prissy superior management behaviour by “round eyes” doesn’t work well. Nor does university Chinese – as former PM Kevin Rudd found out in his opulent of years in the wilderness of China in the 1990s collecting debts for corporates. The Chinese equivalent of “fair suck of the saveloy” got a big workout.

But empathy and technical skills counts most.

And respect for showing tough leadership. Busting all the little deals on suppliers and dud materials is tough and dangerous in the Wild East. Best to have most of the workers on side by being among them and ensuring they do get properly paid if they learn to, for instance, properly weld.

The engagement, at a factory level, between China and Australia, has progressed enormously in the past five years, let ago 15 years ago when cultural understanding was eons apart. Now significant numbers of people, even in the back-blocks, understand reasonable business English.

More importantly, they better understand the products they are making and the societies that are buying them, thus sizes and colours and brands for the west are better understood.

Documentaries about Australia, especially about animals and our beach lifestyle, are huge winners for those on the Wild East frontlines. Taking iPad videos of how their products look on the showroom and as used in Australian homes and workplaces has an amazingly positive effect, as measured not just in smiles but in appropriate quality.

Chinese workers are more open in engaging with Western managers who show empathy.

And they’re more open to letting empathetic Westerners know what is really happening in the back channels. That trust gains far more advantage than the generally poor-quality Australian Chinese language skills.

The attitude that we, Aussies and Chinese, can work together in the workplace, is critical.