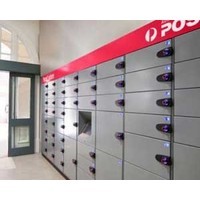 Australia Post has survived more than a hundred years of shipping information and goods. Then came the internet, which massively shrunk hard copy mail, bills, brochures and so on.

But with the rise of the internet also came the boom in sourcing “stuff” from almost anyone, anywhere, at anytime – and having it delivered to your doorstep. Australians are now globally ranked 2nd for online shopping and want the convenience of the process to end with a parcel – not a fake delivery notice.

Depending on where you live, the fake delivery notice may be a familiar story: using an online parcel tracking code, you see your parcel has arrived at a shop. You then dash off to pick it up. A day or two later, you receive the delivery attempt notice regarding the parcel you already picked up, demonstrating that they are not even trying to deliver parcels to your door. Can you blame them? Not at all. Parcels do not fit mailboxes, people are often away during delivery times, and no postal worker wants to drag around heaps of heavy parcels that probably only end up being returned to the shop. Delivering is just not as efficient as faking delivery.

Given their aversion to experimenting with location, my bet is that Australia Post sees unexpected outcomes as risks that need to be systematically avoided. They have probably already devised contingency plans in case parcels contain perishable items that are not picked up until the recipient comes home from holidays. Hopefully they will also have considered that many people (such as the elderly) may not want to be required to own a smartphone and GPS enabled app to pick up their parcels.

Perhaps a Christmas season in Vancouver, Canada best illustrates the dilemma of completing the delivery process. Within one evening, a few centimetres of snow caused chaos. Because of the snow, parcels (and delivery notices) could not be delivered beyond main streets, and instantly piled up from floor to ceiling at many shops. Those who knew (via the internet) that their parcel had arrived had to line up outside while postal workers dug through the mountain of parcels.

In Sydney, the experience is not quite as extreme, but I routinely see long lines of people waiting to do nothing else than pick up their parcel from one of five very busy staff. Clearly, there is more room to innovate the process of final delivery.

Well, Australia Post isn’t the only one who knows customers want more. Businessmen Mark Bouris and James Packer have teamed up to challenge Australia Post with their own smart lockers. The image in the report suggest the lockers will be indoors, so those Christmas chocolates from your gran won’t melt away, too.

The expected outcome of this competition is convenience from order to delivery: order your items anytime online, pick them up anytime, too.

What interests me more are the unexpected outcomes of smart lockers. Unexpected outcomes are seen as lucky and can lead to entirely new business opportunities. For example, instead of being seen as too impersonal, smart lockers may be appreciated for their anonymity and cause a surge in ordering potentially embarrassing parcels.

If Australia Post were open to cultivating lucky outcomes, they might intentionally vary how the smart lockers at each location work, and treat each location as a separate experiment. For example, they might enable some lockers to entirely replace the shop by letting individuals pay at the locker to place their own parcels in the locker for a specified recipient to pick the parcel up.

Such an experiment may work for many Gumtree or eBay users, to avoid having to coordinate schedules around each other or the post office.

I completely understand if Australia Post is avoiding unexpected outcomes with most of its billion-dollar infrastructure upgrade. As for the smart lockers, I hope Australia Post and Bouris get a little creative, experiment a bit, and are receptive to unexpected outcomes. For now, I’m hoping the timing and outcome of the smart lockers means we’ll all get our parcels promptly – not fake delivery notices.