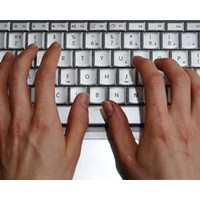 When Alan Jones muttered the words, “destroying the joint” he could not have imagined they’d be used to mobilise such a powerful movement of men and women to take a united stand against him.

Destroy the Joint started as three words Jones said on air, they became a Twitter hashtag and then a Facebook group that’s proving social media can put in a serious fight against misogyny and offensive remarks.

Since Alan Jones’ comments about the Prime Minister’s late father were revealed over the weekend, the Destroy the Joint Facebook group has ramped up the pressure on 2GB’s advertisers to pull the pin on supporting the Alan Jones breakfast show, as has an online petition that had attracted 100,829 supporters by 10am this morning.

Over the last couple of days the Facebook group’s administrators have been vigilant in keeping an up-to-date record of who’s still advertising on the Alan Jones show. They’ve posted the contact details of which marketers to approach to put the pressure on, and informed readers on when it’s time to back off.

And it’s working. As of late yesterday, 34 advertisers had pulled the plug on their Alan Jones show advertising (20 on Tuesday, 14 Monday). Shares in 2GB owner Macquarie Radio dropped more than 6% Tuesday.

Australian women are embracing the collective power of social media against sexism and misogyny like never before – but not merely to complain about what’s going on, rather to change what’s going on by forcing the hand of corporates to reconsider their marketing spend.

The best part of the movement is that women can participate from their offices, homes or the commute in between. They can get on with their daily lives while spitting out a tweet, comment or a like on Facebook in support of the movement. They can mobilise within minutes.

And it’s not just women. Take a look at the more than 10,000 likes on the Destroy the Joint Facebook page and the thousands of comments on the Change.org petition – a significant portion of them are men.

We can’t always stop what’s said on air (nor should we necessarily be able to), but we can dictate just how much damage can be inflicted on the brands that support vile messages.

Online petitions and social media activity are unlikely to swing the opinion of Alan Jones listeners (some called in to tell Jones “you’re my political guru” and to “keep your chin up” yesterday morning) but it can continue to swing the sway of dollars.

And there’s nothing more powerful than that.

Today, the below firms can expect a continued onslaught of emails, phone calls and social media mentions from men and women frustrated that they continue to support Jones’ show.