How to bury a competitor at launch: Lessons from Sony and Microsoft’s console launches 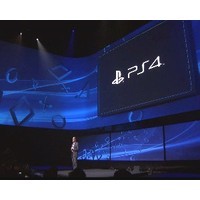 In duelling press conferences at E3 – the video-gaming media showcase held annually in Los Angeles – Sony and Microsoft yesterday unveiled their next generation of consoles.

The journalists assembled have almost uniformly hailed the Playstation 4 as the superior product.

When it comes to hardware, both Sony’s Playstation 4 and Microsoft’s Xbox One have similar components.

But on price and features, Sony was the clear crowd favourite. If you want to learn how to bury a competitor, you’d do well to take a few leaves from Sony’s book. But analysts told LeadingCompany that in the long term, Sony and Microsoft’s success with their consoles is far from assured.

The Playstation 4 is $100 cheaper than the Xbox One in America (though due to a 38% Australia tax compared to the Xbox’s 20% local mark-up, will only be $50 cheaper in Australia).

And unlike the Xbox One, which will require players to authenticate their games online every 24 hours, the Playstation 4 will feature no such digital rights management.

Xbox One not only requires an online connection, it also leaves open the ability for individual game publishers to not allow users to play second-hand games, or to have to pay a fee to do so.

“Third-party publishers may opt in or out of supporting game resale and may set up business terms or transfer fees with retailers,” it wrote in a recent blog post.

It was low-hanging fruit for a competitor willing to part with the revenue, and Sony was game.

Sony’s management were pretty funny in announcing it, too. Sony’s entire unveiling was filled with thinly disguised pot-shots at its main competitor.

For example, this video, a tutorial on how to ‘share’ video games on the Playstation 4, makes a mockery of the Xbox One.

Beating Microsoft is important to Sony. That’s because, for console makers, market share is doubly important to their eventual profitability.

Gaming consoles are typically sold at a large discount to the cost-price of their components, meaning their manufacturers make a loss on every unit sold.

However, the loss is hopefully recouped through licensing fees, which game makers must pay to produce games for that console.

If more gamers use your console, you can charge higher licensing fees, and so making a splash at launch is important.

But the Playstation 4’s success is far from assured. For all the talk of Sony ‘winning’ E3 (see here, here and here), things like price aren’t as likely to be the determining factor in the success of a platform as many people assume, says Telsyte analyst Sam Yip, who at one stage worked for Sony.

“I don’t believe price is the main factor. Consumers are used to paying upward of $500 a console,” he says. “Really, the big metric here is how many of these devices are connected to online stores. That’s the opportunity.”

The reason this matters is because the space inhabited by consoles is being squeezed, according to technology analyst and writer Paul Wallbank. He says casual gamers are gravitating to iPads and mobile, while the hard-core gamers are increasingly returning to the PC.

“My question is, are we talking about a dying business model? The consoles are slowly losing ground anyway.”

Perhaps that’s why Yip says the long-term success of the consoles is likely to be less determined by things like price and their initial splash in the gaming community, and more on things like how successfully consoles transition into being broad multimedia centres rather than gaming devices.