Sony’s reincarnation: Too little, too late? 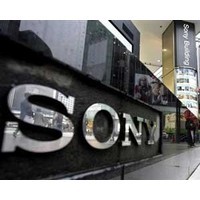 There was a time not so long ago when the Sony brand was synonymous with “cool” its products coveted as much as the latest iPhone. Today, its balance sheets bathed in red, Tokyo-based Sony is fighting for its survival against the likes of Korea’s Samsung Electronics, and the battle with Apple was lost before it ever began.

What is Sony’s latest idea? Designing televisions in strong reds and blues for the Indian market, according to a recent TV documentary by Japan Broadcasting Corp, or NHK. The program focused on CEO Kazuo Hirai, who replaced Howard Stringer in April, and it showed Hirai touring markets in India. Hirai is more international than most Japanese executives, having spent many years in the US before college and studying at International Christian University, where classes are taught in English. Even so, there is no guarantee that he understands Asian or other markets, says Midok Kim, a professor of the School of Management and Information Science at Tama University.

The vibrant-coloured TVs are among the reforms Hirai is championing as the Japanese electronics giant revamps its product line and marketing in a belated attempt to counter the challenge from Samsung. Too bad the idea is neither new nor timely, says Sea-Jin Chang, a professor at the NUS Business School of the National University of Singapore and author of the book, Sony vs. Samsung: The Inside Story of the Electronics Giants’ Battle for Supremacy. “Sony should have done this in the late 1990s or early 2000s,” Chang said. “It is too late to do it now.”

Korean companies such as Samsung and LG began focusing on selling specially designed new products in different emerging markets in 2002, conducting extensive research and fashioning fresh products for each market. As a relative newcomer to high-tech consumer electronics, Samsung had little choice but to study and innovate.

Meanwhile, Sony and other dominant Japanese electronics makers stuck to their usual game plan of serving the Japanese market, usually with myriad variations on a particular product. “In 2002, Japanese companies were not interested in those emerging markets at all. They are finally doing it, but it is too late,” said Kim of Tama University, who authored the Japanese book Why Korean Companies Win in the World. Since Indian consumers favour the colour red, Samsung designed a red refrigerator. For Muslim markets, Samsung designed a mobile phone programmed with the text of the Koran that can notify users when it is prayer time, said Kim, a Japan-born Korean.

The results of this more flexible, pro-active approach are reflected in the two companies’ contrasting financial results. Samsung posted its fourth straight record quarterly net profit, 6.56 trillion won, in the latest quarter, a 91% increase from 3.44 trillion won in the same period a year earlier, due to strong sales of its Galaxy flagship smartphone.

Meanwhile, Sony reported its seventh straight quarterly loss on falling demand as consumers flocked to Apple and Samsung devices. Sony announced a net loss of 40.1 billion yen in the April-September period, only a slight improvement over its 42.5 billion net loss in the same period a year earlier. Of course, Sony is not alone in the bloodletting. Other Japanese consumer electronics makers, such as Panasonic and Sharp, are also suffering big losses.