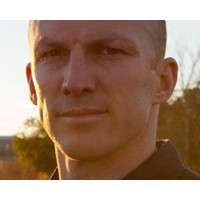 Darren Lockyer knows a thing or two about conversions, having banged hundreds between the posts and over the crossbar during his rugby league career.

He retired on a high in 2011, having captained the Australian team to victory in the Four Nations tournament, set up the winning play in his final Queensland State of Origin series, and rewritten all-time records in the NRL with the Brisbane Broncos.

But Lockyer’s new conversion from being a bloke worried about coal seam gas (CSG) extraction, to becoming the public face of a slick new gas advertising campaign could leave a longer-lasting legacy than his on-field exploits.

Journey with a star

Late last week, big ads in The Australian and Courier-Mail newspapers invited Queenslanders to “Follow Darren’s journey”, directing them to a website to watch the first in a weekly series of videos about Lockyer’s quest to understand more about the gas industry.

Lockyer has told Fairfax Media he used to have concerns about the coal seam gas industry because of what he’d seen in the news – although he also knew from his league career that “the media can often just focus on the negatives and not look at the positives”.

“But now that I’ve gone on this journey and spoken to a lot of the experts and landowners, I’m a lot more positive about [coal seam gas].”

Sporting heroes plugging just about any product in advertisements is so common, it’s become white noise.

Globally, sports stars’ endorsements can command huge prices, as highlighted during this year’s Olympics by ABC TV’s Gruen Sweat, when they debated whether the world’s fastest man Usain Bolt was worth A$20 million a year in endorsements.

But seeing a sports star – especially someone with Lockyer’s high profile – becoming the face of something as controversial as coal seam gas is another thing altogether.

To call Lockyer popular in Queensland doesn’t begin to cover it: when he retired, the state government announced that part of a major highway west of Brisbane would be renamed Darren Lockyer Way, while a newspaper ran a successful petition to “put Locky in bronze”, with a 2-metre statue of Lockyer unveiled last year in the forecourt of Brisbane’s Lang Park.

That’s why it’s so surprising that in such a football-mad nation, there has been little media coverage of Lockyer’s new work on behalf of the Australia Pacific Liquid Natural Gas Project, a joint venture between major energy companies Origin, ConocoPhillips and Sinopec.

This week, AGL Energy put its application to develop 66 coal seam gas wells in western Sydney on hold, telling the Australian Stock Exchange: “AGL understands that there are some members of the community who are concerned about the current proposal and we believe that this suspension will allow us to consider those community concerns.”

The Sydney Morning Herald has reported that AGL’s plans could have resulted in drilling beneath thousands of western Sydney homes and was opposed by many local politicians, including some Coalition MPs.

Battle for hearts and minds

There are no details of how much Lockyer is being paid for his promotional role, although it’s been reported that last year he signed a three-year contract, worth an undisclosed amount, to be a safety ambassador for the $23 billion APLNG project under construction at Gladstone.

But as a former rugby league reporter, I can confidently say that whatever Lockyer is being paid for the educational experience afforded him by Origin to help address his previous CSG concerns, it is money well spent.

Lockyer’s playing career was almost entirely controversy-free, and nothing has changed since his retirement. He has a young family and seems to offer absolutely zero danger in terms of reputational risk for the company.

He has fostered a significant media presence in Queensland beyond his commentary work, and when it comes around to the football season his face is all over the Courier-Mail’s public participation competitions.

All of this makes him a terrific choice. Adding the all-consuming parochialism of Queenslanders is what makes Lockyer a bargain at almost any price.

When Lockyer speaks, his gravelly voice is heard. If Locky sounds like he thinks this CSG thing is no drama, and it’s the bloody media and greenies beating it up, then that will be good enough for a large number of Queenslanders.

Brad Turner is a lecturer, UQ School of Journalism and Communication, at University of Queensland.