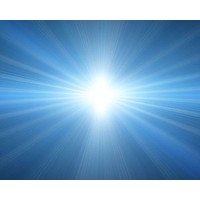 Westpac bank’s star recruit, Brian Hartzer, has been anointed as a potential successor to the incumbent CEO, Gail Kelly, by chairman, Lindsay Maxsted – but not yet. Hartzer joined Westpac last month from London where he was the head of the Royal Bank of Scotland’s retail bank, and was formerly an ANZ Banking Group executive.

Maxsted told the Australian Financial Review that Hartzer “would have to have a view that he was a serious candidate when we are ready for CEO succession”, but he added there were “no promises or guarantees” about who will win the top job when Kelly leaves – and that date is years away, Maxsted said.

Succession planning is fraught with dangers around timing and strategy both for those in line for the top job and for the board, which must ultimately make the appointment.

Every leading company – whether it is public, private or family-owned – should appoint the brightest most capable leader available when the time comes, but egos, competition, and ambition can upset the best-laid plans.

Keeping a star performer happily in line for the top job for a few years is possible, says Bridget Beattie, regional general manager of talent at career management company, Right Management. She suggests her clients to find candidates more interested in “the lattice than the ladder”.

“You can keep executives stimulated and satisfied by doing things across the organisation, providing depth to their skills,” Beattie tells LeadingCompany today, stressing that she was not making a direct comment on Westpac. “But it depends entirely on the individual. Some are very ambitious for the job – the ladder – and they will leave.”

Recruiting executives with a preference for learning and working collaboratively makes it easier to groom successors, Beattie says, and using psychometric tests as well as interviews will improve the chances that executives are collaborative and have a thirst for knowledge. The degree of collaboration will also be determined by the corporate culture already operating in the company.

Incoming executives would expect three or four years of grooming, says Martin Nally, managing director of hranywhere. “Executives understand they are not going to get the top job straight away. That is quite reasonable,” he says.

The board’s job is to make the succession process transparent and make it known that the best person will get the job, even in family-owned companies, says the chief executive of Family Business Australia, Philippa Taylor. “It is a process, not an event,” she says. “Family businesses need to walk the talk and demonstrate that from the lowest to highest roles, people are promoted on merit. Staff can see that the top job is not necessarily earmarked for a relative, because if you don’t employ the brightest, your competitor will.”

When staff, customers, suppliers and investors do not see a clear succession plan, they become anxious, so the board must be transparent.

Family businesses must separate the chair and CEO roles (held by the family patriarch in 96% of cases, Taylor says) to make sure the succession process is fair. If not using an independent chair, an advisory board is a minimum.

The CEO’s job is to make sure she has two or more outstanding performers to step into her role, Nally says, and for a strong leader bringing in an outsider with a lot of talent is a great opportunity. “It is a hallmark of a strong leader to bring in people under them who are just as strong,” he says. “What a fabulous opportunity for Westpac to review with a fresh set of eyes, and to ask, from afar, how have you seen us, and to address weaknesses.”

But nothing is guaranteed for CEOs-in-waiting. There is a risk, as Ross McEwan, the likely successor for top job at the Commonwealth Bank, found recently. He was passed over in favour of another insider, Ian Narev, and left CBA almost immediately to take up a senior role at the Bank of Scotland.

When a company needs a change of strategy, boards tend to choose leaders from outside the company, not matter how talented the insiders.

Providing contenders are given lots of opportunities, missing out on the top job is not a problem, says Nally. “We always tell people that if you can improve your own performance, network and understanding of the industry and your organisation, you have not lost anything if you don’t get the top job. They are readying themselves for any CEO job; if not this one.”