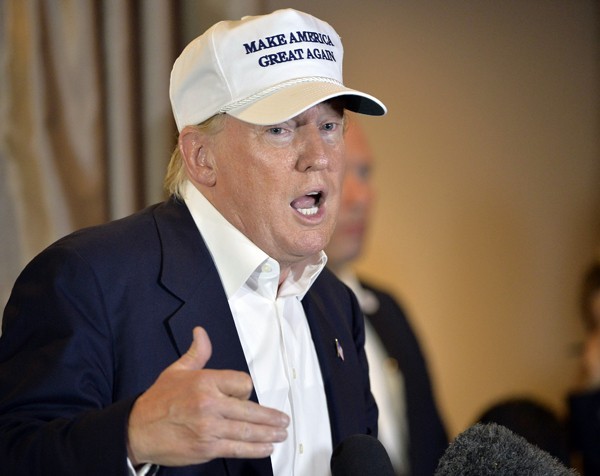 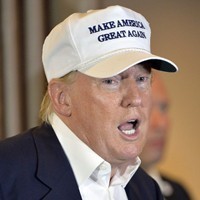 Donald Trump is one of the few American presidential candidates not using Stripe, according to the startup’s co-founder John Collison.

Last week Collison spoke in front of a packed crowd at a Startup Victoria event in Melbourne where the conversation ranged from Donald Trump to bitcoin.

The Irish-born entrepreneur, who co-founded Stripe with his brother Patrick, offered many interesting insights into the day-to-day operations at Stripe, getting a business started, and the future of startups. Here are some of the highlights:

Stripe is very popular with (nearly) all the American presidential candidates

Collison says pretty much all of the US presidential hopefuls are utilising Stripe to build fundraising platforms for their campaigns, except for one stark omission:

“We often talk about how Stripe is often best if you’re trying to do something quickly, if time is really of the essence,” Collison said.

“If you’re actually building a political campaign, wouldn’t Stripe be most useful of all? Over the course of 18 months they build these giant startups, these funding machines that collect hundreds of millions of dollars all over the internet.

“We looked and it turns out Hillary Clinton is using Stripe to get donations, Jeb Bush is using Stripe to collect donations, Scott Walker too, basically everyone except for Donald Trump. I don’t think he’s going to be raising grassroots donations so much, he seems to be well set up on the cash front. It’s really cool to see, they’re doing things totally different to how they were doing things four years ago.”

“When we created Stripe there really was a cultural rift between anyone that was providing any sort of services and the people who were building the stuff.

“Now the status quo has shifted. Now a lot of other players have changed their pricing to match Stripe, and changed their onboard processes. We should think of that as a good thing. If Stripe, in general, can push the ecosystem forward, that’s a very worthwhile thing to do.

“Obviously we want Stripe to be the best thing for people to use, and if you’re building a business and you actually care about global coverage and selling to a global audience, Stripe is the best for that. But you have to earn it, and that’s a good thing. Anywhere you have a business that has an easy monopoly, that service for the consumer ends up being really bad. I’m actually really glad that other companies have been improving over the years because it keeps us on our toes.”

The product is the only thing that matters

“The biggest thing to remember at the end of the day is that the product is the only thing that matters. That’s not to say that you don’t have to do other things, but when you’re starting out people often get caught up in tactics or the minutiae of it. All that becomes increasingly important as the business goes on, but you need to have that core product insight that users can really get behind.

“I think people get ahead of themselves and they try to solve all the other issues in their startup before their product has caught up. If you have a product that fundamentally users don’t respond to, you can throw all the marketing you want behind it but you’re not going to get anywhere.”

“One is intra-city delivery logistics. I’m really excited every time I see a company in this space, but they never quite solve it. No-one is doing it here in Australia or in a big way overseas. It seems that there’s a lot of demand for same-day deliveries for office logistics. As far as ecommerce goes, we’ve all gotten used to the standard being two to five days for a delivery. Something getting delivered on the same day would be massively compelling for consumers. It requires cracking the logistics of getting cost structures right. I think it’s going to be massive.

“And I’m pretty excited for video conferencing to get better. Stripe has a very large number of remote employees, and right now Google Hangouts are about the best in the business. You can tell that it still isn’t quite there yet because there some things you can handle over video conferencing, but others that are more of an in-person conversation. We can make video conferencing way better.

“For a company like Stripe that employs 100 people who don’t work out of our San Francisco office, we’d love to pay very large amounts of money for a good video conferencing solution if someone came along and built it.”

One final thought on startups