Successful professionals abroad want to work for you 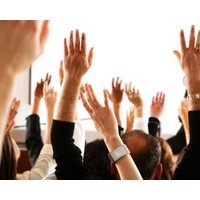 Australian employers hunting for qualified staff can take heart in a new survey that finds Australia is the second-most desirable location for professionals looking to work overseas.

Last November, Hydrogen, a UK-based global recruitment company, interviewed 2,353 professionals in 85 countries across a range of sectors. The 2012 Global Professionals on the Move survey found 9% mentioned Australia as their preferred destination. This puts it second to the United States, which 18% mentioned as their first choice, and equal to the United Kingdom, also on 9%.

However, it’s a fall on last year’s figure, when Australia was mentioned by 10% of those looking to relocate. This is because people do not migrate only to developed countries – more people are migrating more often and going to places such as Asia and Africa. The US suffered a large fall, while the biggest growth area was Africa – a reflection perhaps of the investment China is putting into the continent, Hydrogen reports.

“Five years ago this might have been New York, London or Hong Kong; now it is also Shanghai, Houston, Vietnam and so on.”

The report found the majority of those moving in and out of Australia are in the oil and gas, mining or engineering sectors, while financial services had the lowest demand. Most (60%) of those looking to relocate earned more than US$100,000, and 45% had more than 16 years’ experience in their field.

This is a shift, as historically working overseas was the domain of young people beginning their careers. The survey says the shift is driven by the changing requirements of senior management. Most of those looking to move said it was necessary to their career development, as their companies viewed international experience as a prerequisite for the top jobs.

But several factors mean Australia doesn’t capitalise as much as it can on the high-flying professionals who would work here if they could.

For one, skilled professionals are put off by Australia’s visa arrangements, which they see as difficult. The report found Australia could gain access to a wealth of talent if it relaxed its visa rules.

“However it would be difficult to do politically …  and would only be necessary in a few sectors,” the report states.

“The fact that many highly skilled, talented and motivated executives cannot access jobs in the US and Australia means they are looking for roles in other regions.

“The UK was, until recently, as difficult to enter as the US and Australia. The recent relaxation of UK rules has yielded benefits for the country.”

Another possible turnoff for workers coming to Australia is the abolishment of the tax-free living-away-from-home allowance (LAFHA), due to be instated on July 1.

How to recruit from overseas

Ivan Jackson, the managing director of Hydrogen Australia, told LeadingCompany that for many employers, recruiting from overseas could be like looking into a black hole.

Organisations need to become more confident in making a hiring decision remotely. “The specific challenge we face in Australia is that we are too far away from the rest of the world for people to pop over for interviews.”

One way more and more organisations are using to get around this is to use video conferencing and other technologies to remove some of the unknowns in making a hire.

“So much communication is actually visual rather than just verbal, so it is an important measure for both parties to buy into,” he says.

He outlined several strategies organisations can use to better tap overseas talent.