CEO succession: What Mirvac got right that BHP didn’t 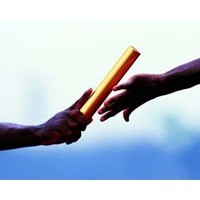 The first is BHP. The miner is reportedly looking for a successor to current CEO Marius Kloppers. He’s headed the company for five years – longer than his three immediate predecessors – but a confidential survey of investors and analysts in July found confidence in Kloppers has been declining. Still, Kloppers isn’t being shown the door in a hurry. He’ll spend at least another year with the company, as it looks both internally and externally for his replacement.

The case of Nick Collishaw at listed property trust Mirvac is very different. His sacking and replacement by Susan Llody-Hurwitz, a previously little-known property executive working in the United Kingdom, came as a shock, to shareholders as well as Collishaw.

At next week’s Mirvac AGM, several shareholders are looking to replace chair James MacKenzie over the board’s controversial decision. According to the Australian Financial Review, which this morning published Collishaw’s first public interview since his sacking, he was bewildered by the decision, saying it was “pretty bizarre of a chairman to dismiss the CEO on the same day he presents the new CEO”.

Collishaw’s departure from Mirvac was certainly unusual, and for many, unexpected. And on the balance, many would prefer to deal with BHP’s slow, planned succession than Mirvac’s, which ruffled at least a few feathers amoung its shareholders. But in one aspect, Mirvac did right.

Announcing a new CEO at the same time as the outgoing CEO’s departure is what would always happen in an ideal world, says Nick Waterworth, the managing partner of executive recruiter Watermark Search International.

“Of course, putting in an acting CEO while you look for another, or announcing a retirement without a replacement, well, it happens all the time, so it’s not a complete no-no. But it’s a situation best avoided.

“It’s better to have a solution, and put a fait accompli with your announcement. But you can’t always do that.”

At BHP, Kloppers will stay on for at least a year while the board searches for a replacement. This suggests little progress has been made so far on succession, which is far from ideal.

It takes time to fill the CEO position, particularly if the search is international, Waterworth explains.

“From the start of the process to a new person commencing, if you did that in three months, it would be lightning fast,” he says. “Much more likely, it’ll be four to six months from the start to the appointment, particularly with an international search. And of course, depending on circumstances, it can take longer. It’s not at all uncommon for your first choice to be offered the role and to say no.”

Making the succession process more difficult in recent months is the complexity of short- and long-term challenges facing many Australian corporations, he adds.

Of Watermark’s current chief executive searches, 70% are for replacement CEOs as opposed to for newly created positions, which is far higher than usual.

“There are real short-term issues in play at the moment, but also long-term issues like the structural change affecting many industries,” Waterworth says. “Many boards are coming to the conclusion that their current CEO isn’t dealing with these appropriately, and so are looking for a replacement.”