Tapping out a tune explains the curse of knowledge 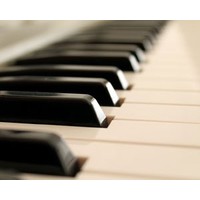 Having just reorganised the books on the bookshelf in my study over the weekend (will have to see how long the “new tidy” lasts) I rediscovered  a favourite – Dan and Chip Heath’s Made to Stick – which is highly recommended for all communicators.

It is where I first came across the Curse of Knowledge and had one of my biggest “aha” moments as a business communicator.

The Curse of Knowledge is referenced through Elizabeth Newton’s PhD research, where she studied a simple game in which she put people into pairs, with one given the role of tapper and one of listener.

The tappers received a list of 25 well known songs like Happy Birthday. Each tapper chose a song and tapped it out to the listener, who had to try to guess the song title … simple!

Newton asked tappers what they thought their success rate would be and they estimated 50% but the result was only 2.5%.

Why is the tappers-listeners exercise so difficult?

It’s hard to be a tapper and the problem is that tappers have been given knowledge (the song title) that makes it impossible for them to imagine what it’s like to lack that knowledge.

When you are a tapper you can’t imagine what it’s like for the listener to not have that knowledge … in your mind it’s as clear as day. Your knowledge curses you.

This Curse of Knowledge happens to us in all walks of life as leaders of teams, teachers to students and parents to children.

The first step is to recognise that as a communicator you, indeed we all, have the Curse of Knowledge and the second step is to actively dodge that curse.

One way could be running what you are trying to communicate past someone who knows absolutely nothing about it.

In the 1993 film Philadelphia Denzel Washington plays a lawyer who always says: “Now explain it to me like I’m a four-year-old” and we could all take a leaf out of that book.

When you can successfully explain something to a four-year-old you have definitely dodged the Curse of Knowledge but you must strike a balance and make sure you don’t dumb your messages right down or come across as condescending or patronising.

Newton concludes in her research that we all overestimate our ability as communicators – surely if we just tell them they will get it. Sadly too much leadership communication continues to impale itself on the stakes of overconfidence and the Curse of Knowledge.

Ex CEO of NAB John Stewart nailed it when he said: “Communicating complex messages in a way people understand is really hard, using jargon is easy. It is not until you truly understand something that you then can communicate it in a way everyone understands … and only the very good leaders do that.”