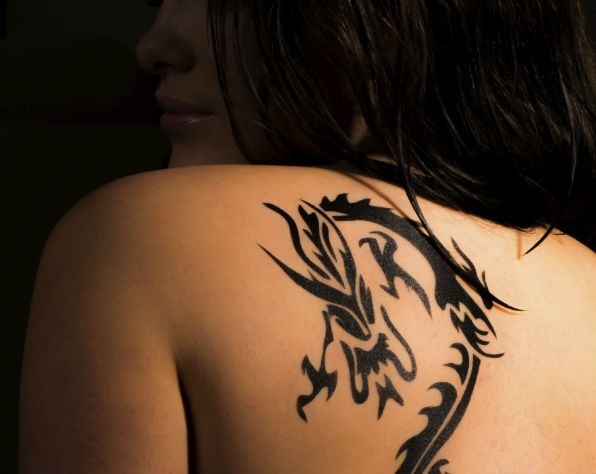 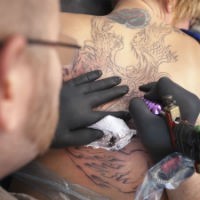 A book publisher that was searching for a young woman happy to have a 30cm by 20cm dragon tattoo on her back to advertise the launch of the fourth in the Girl with the Dragon Tattoo series has pulled the pin on the campaign following significant backlash.

Hachette Australia began the ‘tatvertising campaign’ in early July, with the publisher searching for a woman willing to “donate” her back ahead of the August launch of The Girl In The Spider’s Web, the fourth instalment in the Millennium series started by Stieg Larsson, reports Fairfax.

The campaign, which was targeted at die hard fans as a competition, attracted criticism before it was cancelled earlier this week.

Justin Ractliffe, Hachette Australia’s managing director of marketing, publicity and Australian publishing, told B&T earlier this week while the campaign was conceived with “good intentions”, the decision to cancel came about after listening to feedback.

“Our tattoo campaign for The Girl in the Spider’s Web has received a great deal of attention as we intended it to,” Ractliffe told B&T.

“Much of the coverage has been positive and has reported the whole campaign in the spirit in which it was created, but some people have been offended.”

Nicole Matejic, author of the book Social Media Rules Of Engagement, says it is no surprise the campaign raised a few eyebrows and described the tattoo as a “turkey of a reward” for winning a competition.

“It’s definitely a different kind of competition, but whether it’s a responsible competition is an important question,” she says.

“It’s like an alcohol company doing a campaign asking people to drink as much alcohol as they can in an hour, that would not be responsible.”

Matejic says tattooing a large tattoo on a young woman’s back could be seen as “borderline exploitation”.

“The prize is more for them (Hachette) than the person receiving it,” she says.

“That’s one mother of a tattoo.”

Matejic, who has tattoos of her own, says she wasn’t being squeamish about tattoos, but thinks the idea of using someone’s skin as “pseudo-advertising” for free was a bit skin crawling.

“It would have been different if they had suggested henna tattoos.

Matejic thinks the publisher’s idea behind the campaign was to bring the competition in line with the content of the book.

“I think they’re trying to pull out ideas which mesh with the story,” she says.

“I get where they’re coming from, but I’m not convinced they were being entirely responsible.”

She believes it is wise of the publisher to cancel the “shock value” campaign in the wake of the backlash.

“I think they need to rethink how they approach these marketing campaigns and be more responsible with how they pitch things,” she says.

“Given the heavy themes those books deal with, around exploitation… it was probably in bad taste.”

SmartCompany contacted Hachette Australia for comment but did not receive a response prior to publication.