Tennis prowess and business success: Five players who started their own businesses 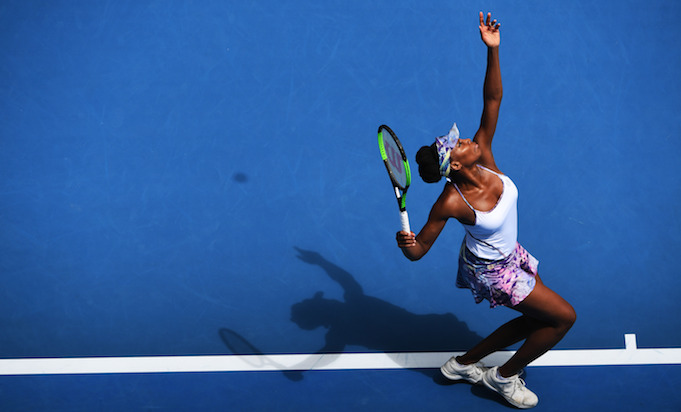 Venus Williams and her sister Serena aren't competing this year for the first time since 1997, but they've been busy with other ventures.

The weather has cooled, but the action on the court is heating up as the Australian Open quarter finals commence. These athletes are hot shots on the court, but some are also trying their hand at business.

With players earning millions of dollars in endorsement deals, it’s no surprise some have gone a step further and started their own business. Whether it’s lollies, management services or fashion, the tennis elite are able to make plays both on and off the court – although not all of them work out.

Here are five players trying their hand at business.

According to Forbes,Sharapova is the world’s highest paid female athlete, earning $US27.9 million from her tennis career and endorsements alone.

Sales for the range of sweets, launched last year, are expected to treble this year.

In 2012, Sharapova spent $700,000 of her own money starting the business and in 2013 this resulted in $6 million of sales with 1.3 million bags of lollies distributed across 25 countries.

By all measures this is phenomenal growth. The brand attracted an onslaught of attention last year when Sharapova considered a temporary legal change of her own name to Maria Sugarpova to boost publicity of the brand.

Her own line clothing brand is called Aneres. The online retailer’s website is currently under construction and, in August last year, Williams was looking for investors in the company.

On top of Aneres, Williams has a line of handbags and jewellery which is sold through the Home Shopping Network.

Also a professional tennis player, Venus Williams has a fashion degree and started the brand EleVen, with the motto “look good and play well”.

On the Hewitt’s website eSwap is still listed as one of Hewitt’s corporate partners. However, there are no signs the business is still trading.

The eswap.com.au website is no longer functioning and reports emerged in 2010 of the business making huge losses.

In a company report, it said the company’s limited income had been because it was offering “free basic listings and free store listings to entice regular users to the site”.

The name of the London-based company was inspired by the 77-year wait for a British men’s singles champion at Wimbledon.

The company manages the interests of Murray and his younger brother Jamie on and off court, with the aim of the new venture to broaden Murray’s business opportunities.

Fuller is credited with building the profile of soccer legend David Beckham through a similar arrangement.